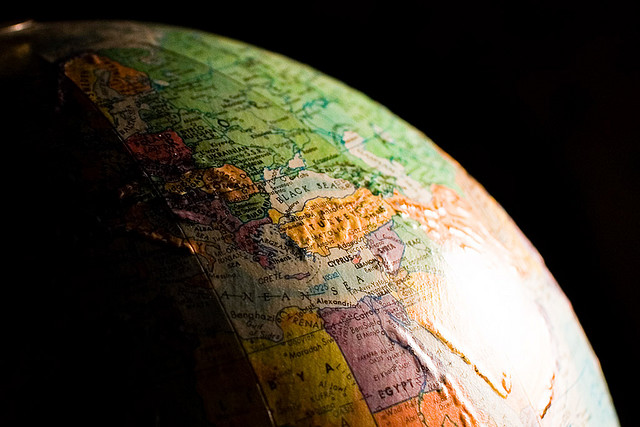 The idea of “pinning” things has taken off thanks to Pinterest, and people are collecting anything and everything on their pinboards. Other than putting these things on nice and tidy named boards, there’s no other context for your collections of stuff.

In fact, whenever I hear the phrase “pin”, I immediately think of those red pins on a map, so Mapinterest is extremely interesting and relevant to me.

Slap your pins, photos, and videos on a map

Mapinterest is a bit of a social network for locations since it lets you create an account, set up a profile, and follow other people. There’s a newsfeed section that shows you all of the items that have been associated with different spots on the map, which then allows you to ad your own items to the location as well.

In a way, Mapinterest is a re-creation of Pinterest, just for locations though, but with Pinterest integration. When you visit a location on the map, you’re shown the details about it, as well as all of the items that have been added. Simply paste in a YouTube, Instagram, or Pinterest link, and your item will be added to the location:

You can choose to follow individual people and locations and the new activity for both will come up in your newsfeed. For example, I’ve added a pinned photo and followed the Golden Gate bridge and am pretty interested to see the other media items that people add to the location:

As I mentioned, this is a really cool way to re-post things that you or others have pinned, and the geographical context gives them new life. In addition, it’s a great way to get your pins, videos, and photos more views and attention, as well as grab some new followers from each of the supported sites.

This site will most certainly keep travelers busy for hours, as piecing all of this content together on the map is kind of like a puzzle with global impact. It’s neat to think about an entire community being able to pepper the globe with beautiful imagery and videos to lure others into visiting.

Mapinterest has legs and is definitely a site to watch out for.

Read next: Only 23% of display adverts with URLs or QR codes on London transport work on mobile