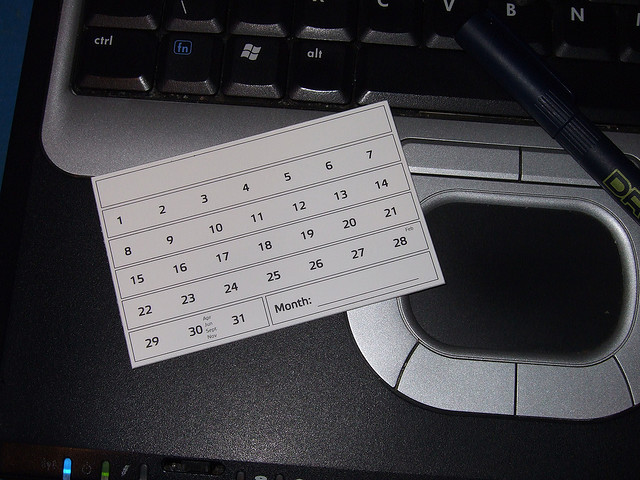 Let’s cut right to the chase, calendaring isn’t the sexiest space to get into when you’re creating an app. I also thought calculators were pretty much “done” until we saw this gorgeous app. Assuming that everything is open to innovation, I took a look at the new social calendaring app from UpTo and it’s pretty hot.

The company behind UpTo, Rock City Apps, announced its funding in December and at the time shared only some of its stealthy intentions:

UpTo is a platform focused on the future tense that makes sharing calendar events simple and social. Other social applications are based on status updates and check-ins that are after-the-fact. UpTo lets friends see what’s coming, ahead of time.

The platform is built on top of your existing calendar and social graph.

It turns out that UpTo wasn’t being stealthy at all, since the newly launched app is exactly as the company described it.

While Google Calendar has its own social functions, its only social with other Google account holders. Meaning, you can’t tap into Facebook friends or share your plans outside of Google’s walls, and that’s exactly where UpTo steps in and excels.

Other than being a gorgeously designed Calendar app, which is appreciated since I personally can’t stand Apple’s built-in offering, UpTo aims to give you some insight into your friend’s schedules as well:

The app lets you share individual items on your existing calendar to groups of friends or colleagues that you can build from your Facebook friend list or your address book (which the app asks permission to access properly). Once you’ve created all of your groups, it’s quite easy to go through all of your calendar items one by one and share them. The kicker is that your friends will have to download the app to participate, but that’s par for the course when it comes to social.

In addition to sharing calendar events with groups of people, you can post them to Twitter or Facebook when appropriate. This app probably would have been popular at SXSW had it been around at that point.

Scheduling is a tough nut to crack for any company, considering that it takes so many moving parts and people to get everyone on the same page. The approach that UpTo is taking with groups is a smart one and at least makes the process more manageable.

The idea is that if your friends know what your schedule is, they can plan their events and invite you to them accordingly. UpTo even shows you how busy a day is for you and your friends so you aren’t tempted to toss out the “want to grab coffee?” suggestion without knowing if people are available first:

I can’t imagine how we used to handle scheduling before technology, as its nearly impossible to keep up with meeting requests, phone calls, and after-hour meetups without the input from my friends and reminders from my phone.

UpTo is a great way to socialize your schedule so that your friends and colleagues don’t just assume that you’re busy and skip over inviting you to things. The app is free and is only available on iOS, but it’s well worth checking out.