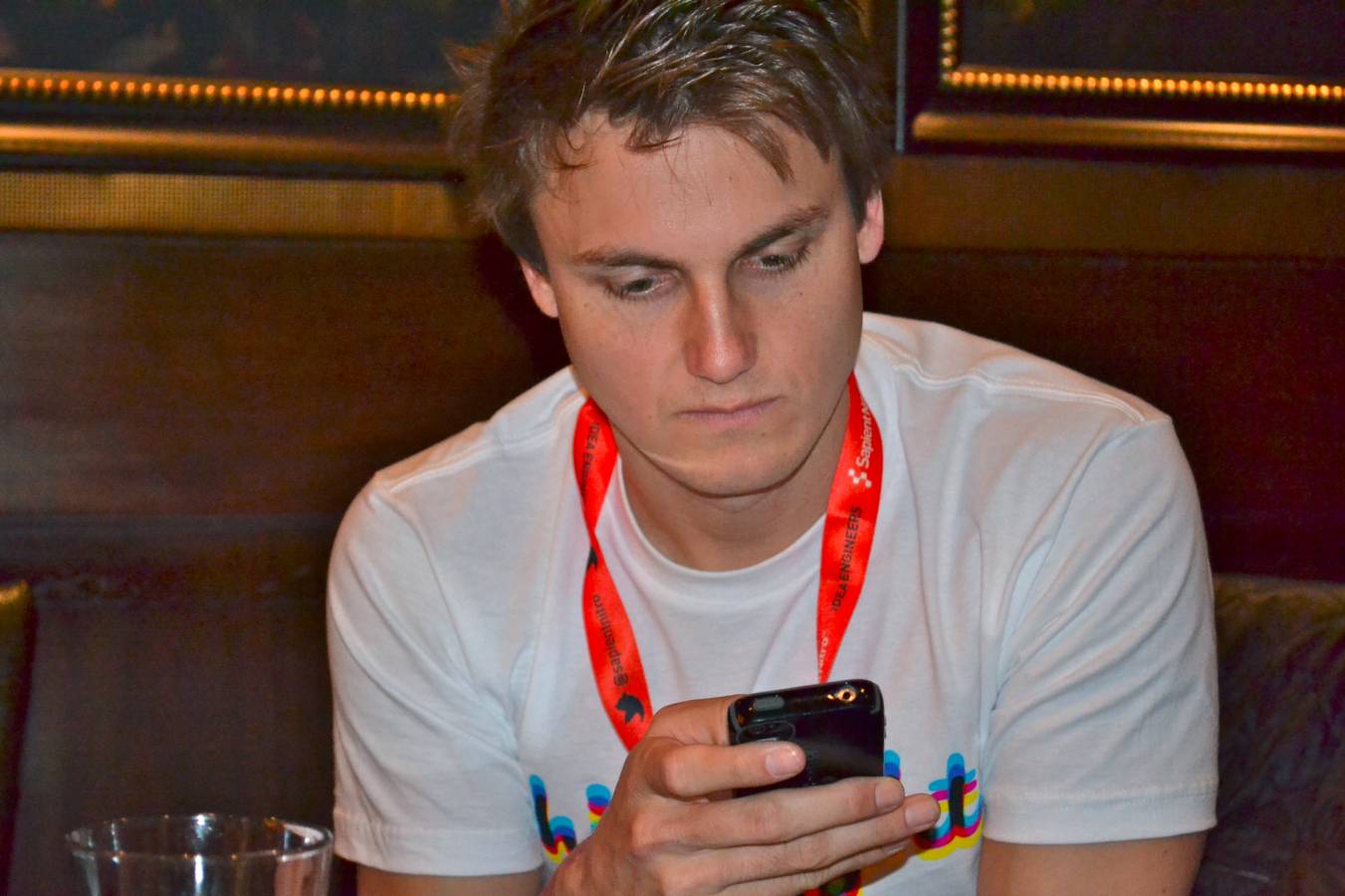 This year, tech prophet Robert Scoble dubbed two mobile apps as “The two hottest apps you’ll “run into” at SXSW“. The rest of the Internetverse quickly echoed his sentiments.

The two apps are Highlight and Glancee. As Scoble described, “basically these two [apps] show you information about people who are close to you.” Similar apps include Sonar, Banjo and Kismet.

Highlight is one of a few apps these days that challenges our societal mores: How do we share personal information? How much and with whom? And what are appropriate ways to connect with others in a world of unlimited social connections?

Yesterday, I sat down with Paul Davison, Highlight’s energetic, spiky-haired founder and CEO for a brief chat about his location-based, connection app.

Why SXSW is a terrible place to launch Highlight

“Highlight isn’t about meeting new people,” states Davison. “It’s about connecting with the people you already know.” The app works by notifying you when people whom you have mutual friends with on Facebook are within 150 meters of you. Then it gives you an option to either message or “highlight” that person.

The problem with launching this app at SXSW is that you’re likely connected to everyone in town by one or two degrees so the app is constantly pinging you with connections, and sometimes they’re pretty irrelevant.  Why am I being notified that there’s a woman across the street who also likes Tom’s Shoes on Facebook? Meanwhile, the app isn’t notifying me that its creator, Paul Davison, is 2 inches from me and we have 5 mutual friends on Facebook.

“We’re coding better notification relevance in right now,” says Davison, who’s aware of this issue. “If you’re 150 meters away from a mutual friend in San Francisco, that’s not really a big deal. What is a big deal is if you’re traveling in Kansas, and a good friend of yours is also in Kansas at the same time.” The latter situation is when the app works like magic.

My favorite part about Highlight is discovering shared connections that you didn’t know existed. It’s awesome to know a friend of mine also loves the same small surf hotel in Nicaragua:

Davison tells me a remarkable use case: A man had been thinking about a friend who’d passed away a few years back. He saw someone he recognized in a coffee shop and pulled up Highlight to find out who it was. Turns out it was a family member of the friend he’d lost. They were able to connect in a way that defies coincidence. It’s when Highlight can truly uncover serendipity that it shines.

Highlight: A work in progress

“Battery power and location technologies are just getting good enough for an app like this to work… and we’re definitely still learning and iterating,” says Davison. “We decided to push it out early because we got such a good signal early on.”

Highlight only pulls in your Facebook information, and it doesn’t sound like integration with Twitter, Path, Linkedin or any other social network is coming soon. “We want to keep it simple,” explains Davison. “We believe Facebook is the best representation of who you know in real life.”

One feature that’s particularly handy is the new Hightlighing feature that allows you to bookmark other people using the app. You can see who’s highlighted you and who you’ve highlighted, creating a neat sort of contact list.

At this time, we’ve all pushed our profiles to the cloud and while we have little issue sharing this information with the world on Facebook, Twitter, Linkedin, etc., we’re faced with an entirely new situation when asked to share this information with people who are physically (in real life) close to us.

In the future, the technology will improve, in terms of notification and location relevance, and I imagine everyone will be wearing goggles powered by Highlight-like technology. Imagine walking down the street and knowing who everyone is around you and how they’re connected to you? As a bonus, moments of prosopagnosia will cease to exist!

In many ways Highlight is a bizarre social app. It’s passive. People are its content. And it’s as polarizing as its logo– people either love it or hate it.