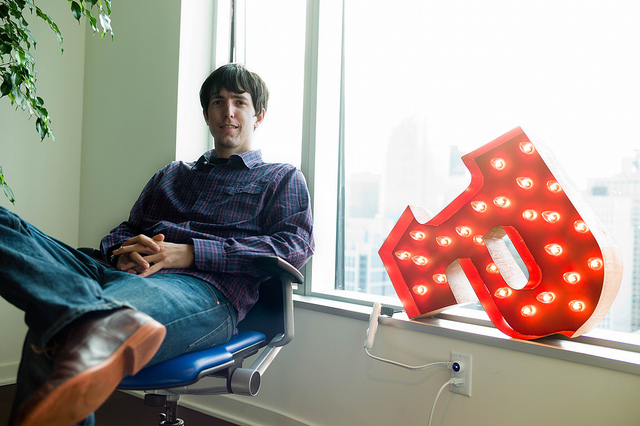 At an event in San Francisco today, Path’s CEO Dave Morin discussed a new release of its moment-sharing app Path.

The new features in the new version of Path 2.1, now available on the App store are:

★ Nike+ GPS Running Stories — Automatically journal your runs from Nike’s GPS app to your Path. Learn more: http://path.com/nike
★ Music Match — Easily identify and share the music that’s playing around you, even if you don’t know the song.
★ Focus & Exposure — Adjust the camera’s focus and exposure points separately to help compose your more detailed photos.
★ Introducing Pow! — A new camera lens that creates a comic book effect.
✓ Tap and hold on people’s profile pictures in comments and seen its to view at full size.
✓ Activity when family and friends listen to your music stories or play your videos.
✓ Pro, Ansel, Instant, Diana, and Lomo lenses have been greatly improved.
✓ Beautiful high definition camera preview.
☂ Bug fixes.

Morin says that photos are the most popular items on the platform to share. Unfortunately, the new camera features aren’t available for Android just yet.

The big news however is that Path has launched its API, which is only available to Nike right now. The company is starting out small and wants to keep things private.

Path will now sense when you’ve started your morning run when using a soon-to-be released version of Nike+ and will post to your stream automatically. Using Nike’s technology along with Path, your run will be mapped, allowing your friends to “cheer you on”.

Path will also be integrating the Nike FuelBand into its app, which is a huge win for the company and a massive partnership for the team.

The new Music Match feature is similar to what you’ll find in the popular app Shazaam, which lets you tap a button and record a snippet of music, and then have the information about the song identified for you. The feature is powered by Gracenote.

The company continues to grow, saying that its 2M users have shared 100M moments that have been shared over 1B times. Regarding the limit of only having 150 friends on the platform, Morin said that its users love it, and the average number of friends for each user is “way less than 150”.

When it comes to opening the doors to its API for more partners, Path says that it’s not in a rush to go completely open and will probably take more of an App Store approach to how partnerships are made.

Read next: The Windows Mobile Marketplace is set to die on May 9th