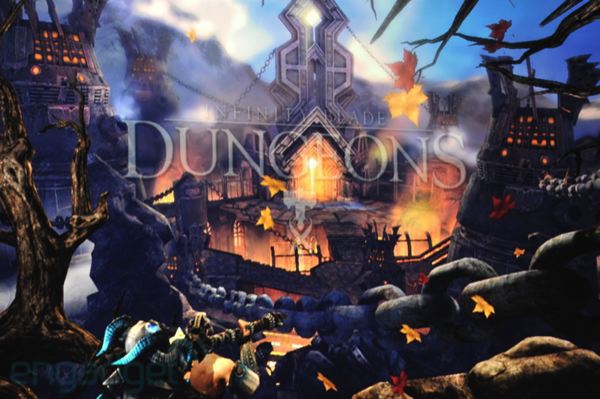 Today on stage at Apple’s iPad event, we got a sneak peak at the newest title from Epic Games – Infinity Blade: Dungeons. Once again, you’re on a quest. But this time, you’re looking to build the Infinity Blade itself.

The game looks killer, with HDR graphics and tone mapping, especially with the new lighting that the iPad’s quad-core graphics processor can handle. Epic Games CEO Mike Capps said that the Unreal Engine takes advantage of the new iPad’s capability, which Capps says bests the Xbox 360 or the PS3 as far as memory is concerned. Though it’s interesting that he didn’t say exactly which memory.

You’ll also get a new crafting system. Unfortunately, what we don’t know is an official release date. We’re simply told that it’s “coming soon”. Though, if history holds correct, we should see the app in the next couple of weeks. After the initial unveiling of Infinity Blade, known at the time as Epic Citadel, Epic released the game a few short weeks later and has been adding content regularly, including a second version.