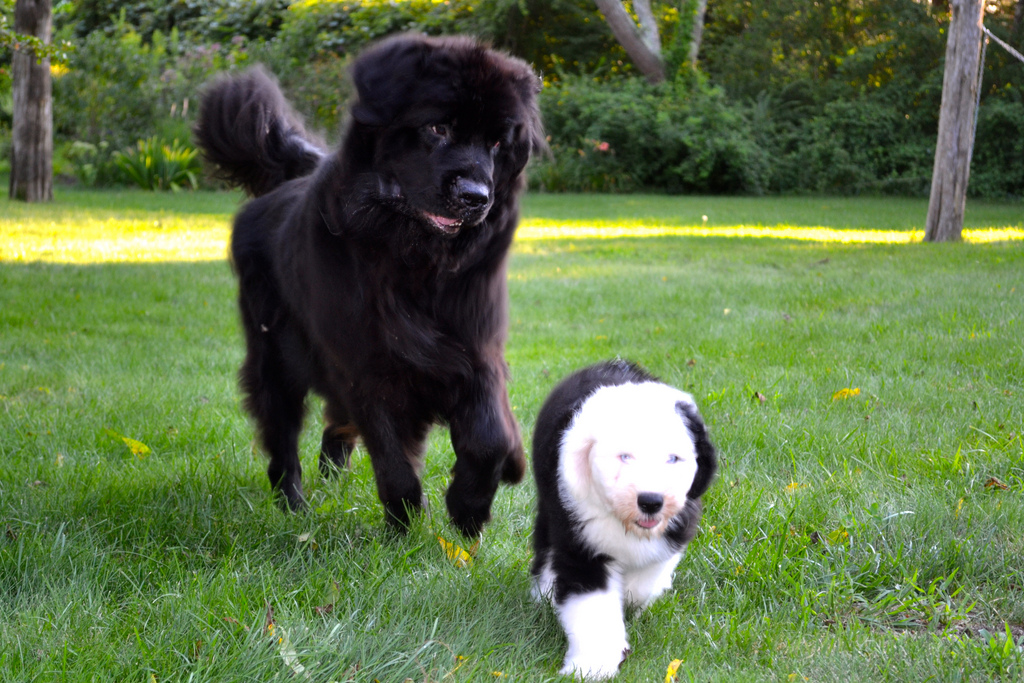 Last Sunday morning, I was lonely, lying in bed and really wishing I owned a puppy. But considering my travel schedule, I could never own one. So I “Pathed” (shared a thought on Path): “I wish there was an Airbnb for Puppies.”

Lo and behold, a few days later I was pitched “The Airbnb for Dogs”: Dog Vacay is a Los Angeles-based startup founded by husband and wife team Aaron Hirschhorn and Karine Nissim Hirschhorn that officially launches today in San Francisco and the greater Los Angeles area.

Here’s how the story goes: Their two puppies, Rocky and Rambo, hated the kennel, and the Hirschhorns always felt slightly guilty relying on their friends to dog-sit. Struck by the idea of a better alternative, they put up a listing on Yelp, offering their home as a professional dog sitting service.

Soon after, the requests came flooding in, and the Hirschhorns decided to turn the idea into a full scale business. Now, Dog Vacay is a platform for dog-owners to find a range of alternative boarding options, whether that’s a 1 bedroom apartment in Venice Beach or a rolling estate in Hollywood Hills.

“More than anything, we’re building a community of trust,” says Aaron. “And addressing a huge pain point for dog owners. We’re also offering a serious safety verification and insurance policy because the first thing that comes to every pet owner’s mind when they hear about the idea is always: But would I trust my dog with strangers?”

It’s a question we hear a lot these days. Would you trust your house with a stranger on Airbnb? Or your car on GetAround? As the social web adds a layer of security to our interactions, the answer is quickly becoming yes, particularly for the Internet savvy generations.

To verify identity, Dog Vacay uses social networks like Facebook Connect and Linkedin as well as an address and phone number verification. A Dog Vacay representative will call every host personally and conduct a small interview, as well as a local walk through of homes.

The site provides training to hosts through instructional videos and multiple choice tests that help a host learn how to create an optimal dog boarding environment, like how to introduce them to other dogs. (Hint: Don’t just throw a lot of treats on the floor and hope for the best.) Dog owners are also encouraged to meet with their hosts before a scheduling decision is made.

The worst thing that could happen to Dog Vacay’s business is if someone’s Yorkie puppy dies on a host’s watch. While life happens, Aaron assures me that they’re doing everything in their power to prevent a disaster by offering full insurance covering the dog (up to $25K), 24/7 emergency support through a relationship with VCA Animal Hospitals and regional first responders to help with cancellations. The site even encourages hosts to publish photo updates of your pup while you’re away.

Here’s how it would solve my puppy-wanting problem: If the service were live in NYC (which I’m told will happen soon), I could sign up as a weekend-only host, specify that I only want to sit cute puppies and post my costs for doing so as $0 (It’s up to the host to set costs). Aaron says that would probably work pretty well as many puppy-owners are looking for weekend puppy-sitters. Dog Vacay is also a terrific alternative for professional pet-sitters who want to move the transactional and scheduling side of their business to an easy-to-use platform. 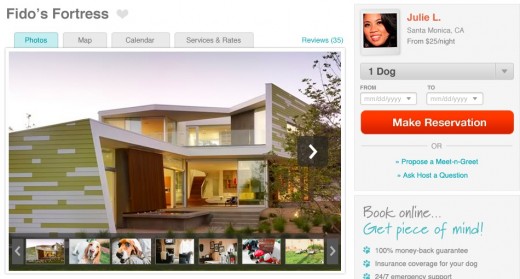 To date, there have been 35 bookings on the site and hundreds of hosts have signed up. Dog Vacay offers an integrated checkout with PayPal options and takes a 5-10% service fee from hosts, depending on the number of their transactions and how many reviews they have. (The better the host, the lower the fees.)

The idea for a Dog Airbnb isn’t totally novel. In December, we profiled Rover, a Seattle based service that will help you find people who are willing to sit for your dogs, and on short notice. The site lets you plug in your location, and shows people who have made themselves available to watch dogs for fair prices. Dog Vacay also needs to be on the look out for Airbnb itself, as the company also owns Dogbnb.com and is taking over the globe with its alternative housing market.

Dog Vacay is now the 4th startup to launch out of Science Inc., a new technology studio based in Los Angeles that we profiled in early February. While Science Inc. has invested in Dog Vacay, the company will be announcing a “solid round of funding” in the next 2-3 weeks from investors in both Silicon Valley and Los Angeles.

At the end of the day, Dog Vacay aims to be the community marketplace for national pet services, whether that’s pet sitting (or even pet massages!) from professionals and 27-year old puppy-loving journalists alike.

Heading to SXSW? Dog Vacay is offering a 25% discount to Austin-bound folks who need dog boarding arrangements. Use the code SXSW at checkout.

Read next: The future of online banking