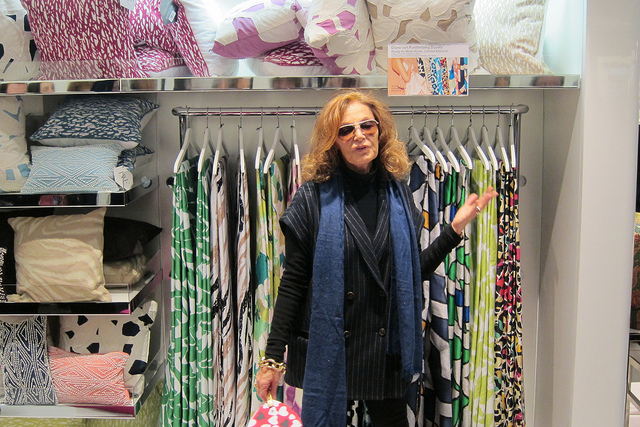 Hot on the heels of its $6M funding announcement yesterday, social video app Viddy is branching out its partnerships to New York City, and more specifically, the fashion scene.

The company, which has an extremely popular app that lets its community share 15 second video clips complete with special effects inspired by T-Pain and The Muppets, is taking to Facebook this time for a new partnership with a fashion industry icon.

Fashion design company DVF, started by fashion mogul Diane von Furstenberg, has partnered with Viddy to give its fans a behind-the-scenes look at one of the biggest fashion events in the world, New York Fashion Week.

The partnership is definitely a departure for the company, who boasts celebrity users such as Snoop Dogg and Linkin Park, but it should invite a whole new demographic to the brand who would kill to be at Fashion Week with DVF. This is also the debut of Viddy’s app for Facebook, which is absolutely gorgeous:

The app allows DVF Facebook fans to watch videos from its founder, stylists, and models, all of which will be continually updating its Viddy account with new videos during the entire Fashion Week event. Here’s a sampling of what DVF is sharing with its fans using Viddy:

With its new infusion of cash, keep an eye out for Viddy to take more steps into the real world with its app, as I imagine that a lot of brands will be clamoring to use this new Facebook functionality. Many have called Viddy the “Instagram for Video”, including us, but Instagram hasn’t had success like Viddy has when it comes to scoring top-notch partners to extend its brand and install-base. In fact, not many apps at all compete with Viddy in the marketing department.

Read next: This photo suggests that the iPad 3 will come with a larger battery