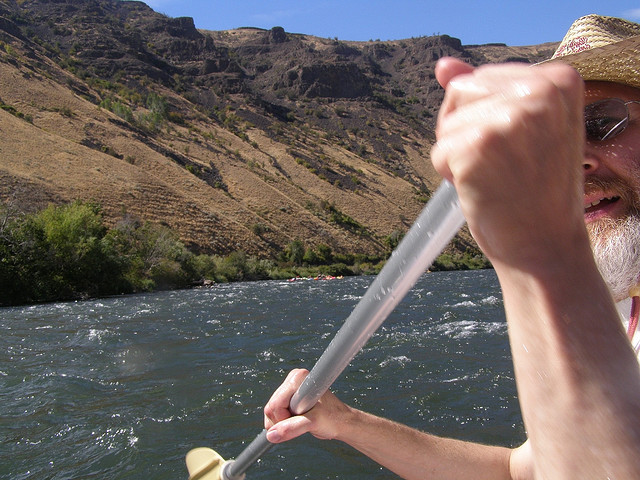 Earlier, we told you about a new feature from photo hosting site Snapjoy called “Flickraft“. The premise is simple: get all of your photos off of Flickr and onto Snapjoy’s platform. For those who were looking to ditch Flickr, much excitement was to be had. Apparently Flickr didn’t share in this excitement.

We were just contacted by Snapjoy’s co-founder Michael Dwan, and he shared this:

Dwan tells us that no warning was given to Snapjoy about its access to Flickr’s API being shut down, nor did his company do anything that other sites do with the freely available access to many other developers.

Since the Flickraft site launched, over 250k photos have been imported to Snapjoy via Flickr, showing that there are many people who were pretty happy about the offering of a “life raft” to get their photos off of the Yahoo! owned photo site.

Perhaps the Flickr team didn’t have a sense of humor about Snapjoy’s reference to Titanic on the Flickraft site:

The site now has a message from the Snapjoy team, instead of the image above:

Earlier today, we launched a Flickr to Snapjoy importer with a tongue-in-cheek promotional page to draw attention to it.

In roughly two hours, our users imported over 250,000 photos from their Flickr accounts. However, we decided to pull the plug because our API key was disabled. We tried our best to stay within Flickr’s API limits, but the overwhelmingly positive response has exceeded our expectations.

What does this mean for you? Unfortunately, you will not be able to import your Flickr photos at this time. We’re working diligently to restore this functionality.

Thanks again for checking us out and please stay tuned for updates.

We’ve reached out to Yahoo!’s PR team and will let you know what they have to say on the matter.