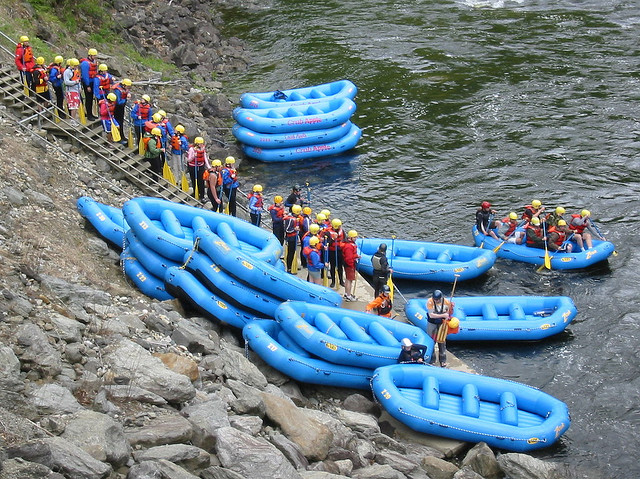 In September we told you about a new exciting startup that aimed to host all of your photos in a beautiful and elegant way. That startup, Snapjoy, has announced a new feature in a big way, and it’s shooting an arrow directly at Yahoo!’s Flickr.

Up until now, you could only directly upload your photos to Snapjoy, and it would use all of the meta data from the pictures to build a gorgeous timeline. Today, with a site it calls “Flickraft“, Snapjoy wants to offer you a way to get all of your Flickr photos onto its service.

The site sports an artistic rendition of the “SS Flickr”, Snapjoy’s way of saying that Flickr is sinking like the Titanic. According to the site, 48,863 photos have been “rescued” so far.

The site clearly is meant to grab attention away from Flickr, but the new tool works flawlessly, allowing you to bring every single one of your photos over to Snapjoy for safe keeping. And at least for right now, it’s free.

Once you sign up for an account on Snapjoy, you can then authorize it to work with your Flickr account. All you have to do after that is sit back and relax while Snapjoy does the rescuing.

Once you’re done, you’ll be presented with this screen:

So there you have it, for everyone who has been ready to take the dive away from Flickr, now’s the time. Thanks to Snapjoy, this process is now, well a snap.