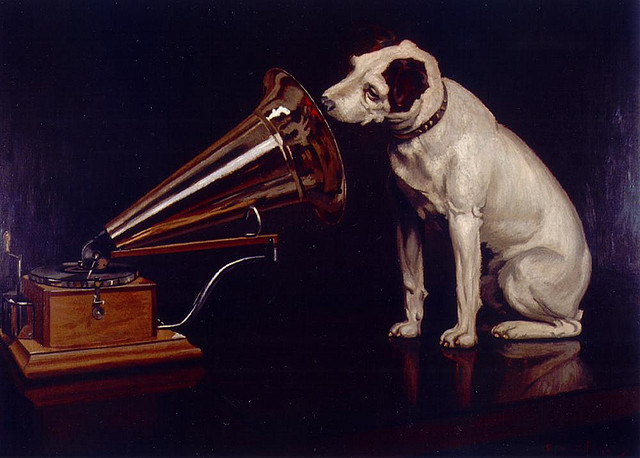 Music discovery company Shazam, buoyed by the success of its app of the same name, has today released its first separate iOS app since the launch of its original app in 2008, moving into the music playback space with its new Shazam Player.

Shazam Player doesn’t do away with Shazam’s music-recognition technology, it simply repurposes it. Upon loading the app, Shazam Player’s LyricPlay feature will scan your music collection, immediately alerting you as to which songs can be played back alongside their lyrics — great for those who want to know specific words in songs or want to hook their iOS device up to their Apple TV and enjoy some impromptu karaoke.

Shazam’s LyricPlay debuted in recent releases of the company’s music discovery application, Shazam Player gives the feature a more suitable home. To start with, the app will identify and tag your most-played LyricPlay tracks, immediately turning them blue — they will also be sorted in order of how often you play them.

Lyric playback will remain free to play forever as Shazam wants you to be able to enjoy LyricPlay on all compatible tracks (the company says there are tens of thousands).

At launch, you will be able to view the lyrics on all Maroon 5 tracks — including Moves Like Jagger.

Shazam Player operates very similarly to the default iOS music application, allowing you to categorise your tracks by Artist, Album or Track. The app will display a collage of albums relating to each artist, giving you the option to play all tracks by that artist or within an album. At all times, Shazam Player will display a small blue speech bubble for LyricPlay-enabled tracks, giving you the option to play it with its associated lyrics.

Tracks listed in the library will also be marked with a small blue triangle on the left of the tray, this is the “Track Tray”. Pressing this will bring up a small dashboard related to that track, displaying a LyricPlay option, static lyrics (which requires no subscription), sharing options (Shazam has included native Twitter integration so you won’t need to authenticate the app manually), biographies, YouTube videos and tour dates.

The Track Tray has two pages, also showing the cover art, how often the track is played and skipped, and also whether it is on the Good or Bad List.

If you’ve curated your own iTunes playlists and worried you won’t be able to use them in Shazam Player, it has you covered. The app automatically imports these playlists but allows you to create your own, more relevant playlists based on what you like and what you don’t like.

Shazam Player allows you to tag each track and add them to the Good or Bad List. Even if you don’t use the feature to begin with, Shazam will identify the ten tracks you listen to most often and ask you if you want to add them to your Good List.

Similarly, with the Bad List, it will list tracks that you skip most (or are fed up of hearing). If you add a song to this list, when you shuffle or you listen to an album, Shazam will automatically skip that track based on your earlier preference.

Think of the Good List as a go-to playlist that you play if you are in need of some quick pick-me-up tunes and can’t be hassled with picking an album or artist.

Regardless of whether you use the Good or Bad lists, you can still add your own playlists, add tracks from with the Library or Player, going into the playlist to delete. If you queue a number of random songs and want to play them again, you can save lists of tracks to playlists within the press of a button.

Shazam Player launches with AirPlay support, meaning that on iPad 2 and iPhone 4/4S you can play LyricPlay visualisations on your Apple TV.

On its first use, Shazam Player will scan to identify your music — if you don’t want it to scan over 3G, you can disable it. Once it has loaded LyricPlay, you won’t need a connection to utilise the app’s features.

If you have found yourself utilising Shazam’s music recognition service to learn more about tracks you have identified, Shazam Player takes that theme and runs with it. The company says that the app is limited to iOS at this time but hasn’t stated whether it will be ported to Android.

The Shazam Player App – including the LyricPlay streaming lyrics feature – is available for free from the App Store on iPad, iPhone and iPod touch.

Find the best new apps every day at TNW Apps

Read next: Vox.io brings its beautifully simple VoIP calling service to the iPhone