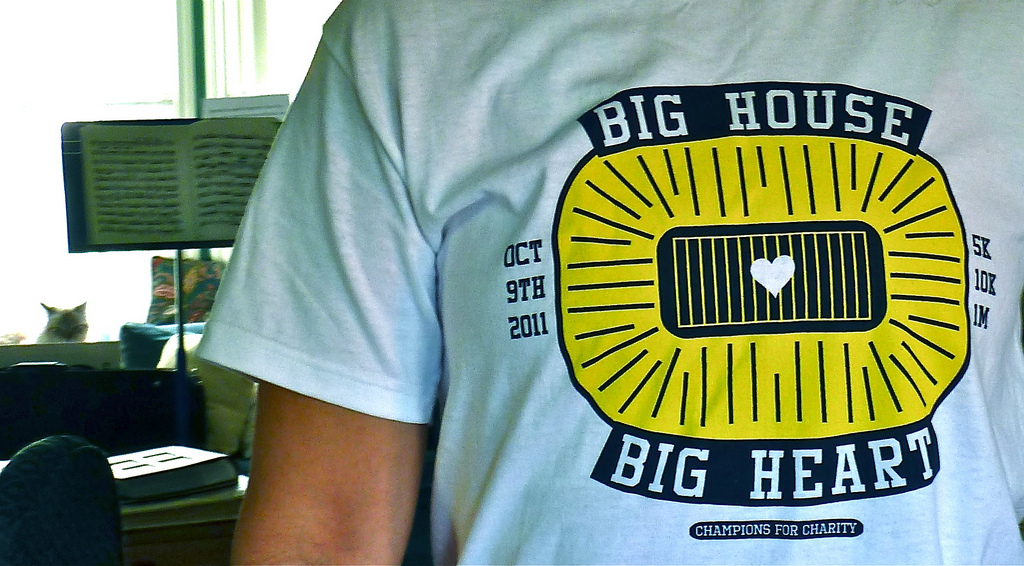 One T-shirt, available for seven days, with seven dollars going to charity. Super simple, yet an absolutely powerful way to raise money for charity online.

Each week, Sevenly features a new cause to support with a coinciding t-shirt to buy. The t-shirts cost $22, with $7 going directly to the charity.

The site is beautifully designed and puts the charity and its needs front and center.

This is how Sevenly describes its efforts:

Our Mission
To raise capital and awareness for the world’s greatest causes.

Our Purpose
Our purpose is to learn the issues that break God’s heart, engage with the people who are called to the issue, and create awareness & a funding movement that supports them in their efforts.

Our Vision
To see thousands of lives changed through the efforts we enabled.

Along with raising money for charities, Sevenly is getting people to donate by action, meaning by sending tweets and wall posts about the charity and driving new followers for the organizations on Facebook and Twitter. I highly suggest that you visit Sevenly’s site to read its explanation of the “Charity Dilemma”, and how the company aims to solve it.

When you visit Sevenly, you’re shown the shirt of the week and which charity it’s benefiting. You can watch a video about the charity of the week, and then can tweet and share the cause on your wall. If you want to donate money to the cause Sevenly is featuring that week, simply buy a t-shirt or hoodie, and $7 will go to that charity.

But Sevenly is not just about making money for charities, the company truly wants you to build a relationship with them as well. By showing us a video like the one below, it’s difficult to not be pulled into the experience of how far your $7 can go:

Along with the video, the site promotes each charity’s Twitter and Facebook accounts, hoping to raise awareness as well as a long-lasting following for the cause that matters each week. By doing that, Sevenly has created a near-perfect charitable experience for those looking to get involved with new causes.

In addition to all of this, simply wearing your t-shirt will raise awareness for each charity, so Sevenly gives us a fantastic 360 degree experience that starts online, and ends up with a question at the supermarket about your fashionable new shirt.