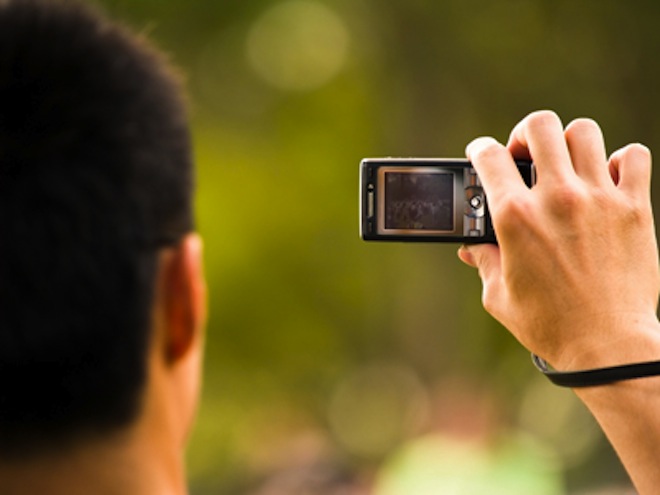 If there’s one thing that I run into time and time again, it’s the desire to send video messages quickly and easily. Since most methods for doing so are focused on social, or they require you to visit links outside of a dedicated app, I’ve never really been satisfied with what’s available.

Vimessa, a Y Combinator and Startup Fund-backed service based out of San Francisco, is hoping to change this frustration level by making video messaging as simple as SMS. The team has produced a mobile app (iOS only for now, with Android coming soon) that lets you record and send video messages to your friends, and it keeps them in a threaded conversation just like SMS.

The other big advantage that Vimessa has is that it streams the video in high quality, instead of severely downsampling it like most MMS messages are prone to having done when they’re sent through a carrier. Oh, and if your receiving party has Vimessa installed, they can start watching the message almost instantly.

The idea is that, with SMS, you can reply to messages at your leisure but you can still send your message quickly. With video, that’s never really been an option. It’s either live video chat, or an off-device service that requires you to stream video from a Web page.

What’s incredibly interesting, though, is that Vimessa isn’t relegated to working only with other Vimessa users. If you send a message to someone with an Android or Windows phone, for instance, they’ll get an SMS with a link that will take them to the video that you’ve shared.

Since Vimessa interfaces directly with your contacts, messaging happens easily and you don’t have to build out another network. Even better is the fact that it works with both phone numbers and email addresses. Like some of the free SMS and calling apps on the App Store, Vimessa will show you if someone in your list has the app installed, but even if they don’t, they’re still accessible to you for sending video messages.

In the months to come, Vimessa is going to gather user feedback and add features as they’re shown to be important. According to the company, that could include options such as Tweeting messages, recording them via the Vimessa site and even transcription. For now, though, the K.I.S.S. method of operation is in order and Vimessa’s simplicity is its strong point.

In response to some of the comments about Vimessa, it’s worth noting that there are alternatives out there such as WhatsApp and PingChat. However, the ability to send messages to anyone (even those without the app) and to work directly from your own contacts via SMS and email still keep Vimessa ahead of the pack in my never-humble opinion.

For now, the app is live and it’s ready to roll if you have an iPhone 4, 4S, iPad 2 or iPod touch (essentially, a front-facing camera is required). The service is free, and it will store your video messages for 2 months. If you want to keep them longer, you can store them forever by paying $19 per year. At any rate, it’s an itch that I’ve been waiting to have scratched, so give it a download and let’s hear your thoughts in the comments.

Read next: An Amazon smartphone in 2012? One analyst thinks so.