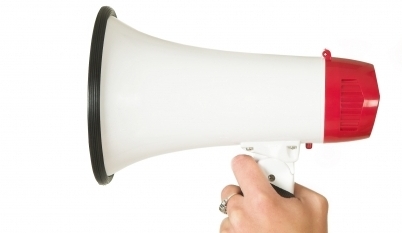 The Next Web has covered a broad spectrum of stories from Internet Week Europe, taking in everything from Jimmy Wales and Jason Calacanis, to what big tech firms mean for the UK startup scene and startup survivor stories.

And today we were at the Power of One conference at Battersea Power Station in South West London, an event focused on getting developers and entrepreneurs together to celebrate how much the individual can achieve in today’s tech industry.

Yosi Taguri was one of the keynote speakers at the Power of One. Yosi has been a developer since he was 11, “when computers had 8 bits and less than 64k of memory”, and today he holds a mass of experience developing for multiple platforms, though he has been focusing specifically on iOS and Android in the past couple of years.

But the subject of his speech wasn’t so much to talk about his past experience, though it’s worth noting that past failures did get a look-in. The modest Yosi said:

“When I looked at the speakers for today I thought, ‘oh my God’, some of them have patents, some have Wikipedia pages, some have done ‘exits’…but I haven’t done anything. There’s no point talking about how big my shorts are, so I’ve decided to talk about my failures.”

Indeed, Yosi even invited the crowd to give him a call so he could ‘fuck it up’ for them too. But alas, this was all a smokescreen – a very entertaining smokescreen, it turned out – but a smokescreen nonetheless.

Yosi is now the co-founder & CEO of Labgoo, a mentor at Venture Geeks and Seedcamp, he was previously a Developer Evangelist for Microsoft and, well, the list could go on. He’s a smart guy. But the main story of the day was his recent hit mobile game, ‘Pah!’

The curious case of Pah!

Using the app Pah!, which Yosi co-created with two others, as the backdrop to the talk, he identified some key points as to why the game has been such a success.

Pah! is a voice-controlled game, you shout ‘Pah!’ at your iPhone or Android device and you can control a little blip-firing spaceship on the screen. A long ‘Paaaaahhhh’ moves the spaceship, and a short emphatic ‘Pah!’ fires the shooter. It really is a mad idea, but it has gone viral – a simple search for ‘Pah!’ on YouTube will unveil a whole bunch of homemade videos of people screaming ‘Pah!’ at their smartphones. So how did it come about?

“We took a break from some of the projects we were working on, and there was this weekend where a global game jam was being held, where you have 48-hours to build a game”, says Yosi. “One of my buddies told me that he had built a voice-activated game for Flash 7 years ago, when Flash got a microphone API. So after 20 minutes we had a prototype. We then started working on it, and after 8 hours of work, we had a game.”

What happened next was pretty incredible. They pushed the game to the App Store, and when they got the message from Apple saying the game was being reviewed for inclusion, they set out to shoot a video to demonstrate how the game is played, using members of the public. After some lukewarm reactions, a few doubts started creeping in as to whether people would like the game or not, but Pah! was published to the App Store and it was picked up by Mike Fahey for Kotaku, a popular blog for gamers. You can watch the original video review here.

“So, this was the morning after, we laughed about it, but it then started building up in the App Store”, says Yosi. “It made it to the top 10 in Israel, which isn’t a big store, but we were happy. But a day later, we got hacked.”

By hacking, in the simplest terms, he means someone managed to access the game without paying (it was $0.99) and make it widely available for free. Yosi and his colleagues managed to find out who hacked the game, he then ‘friended’ him on Facebook, which the guy accepted without question, and Yosi started engaging with the culprit, asking him why he had hacked his game.

After a number of denials of guilt, Yosi’s friends said he should just drop it and don’t worry about it. “My friends said ‘as long as people are having fun, you should just let it go”, says Yosi. “So that’s what we did.”

The game then completely took off in Taiwan over a few days in March this year, and the public started shooting videos of themselves playing ‘Pah!’. And it then took off in China after Yosi complied with a few email requests for promo codes to download the game for free. And some of these requests even led to one user filming their mother playing it:

So Taiwan only has a population of 22m, but when China, a country with well over 1bn people, picked up on the game, it seems things started going even more crazy.”If you look on Android Market, there has been something like 10,000 instals of Pah!”, says Yosi. “But people in China took the free game, and made it available in other places to download. I don’t know why, but that’s what happened. And we don’t get credit for all those downloads that are happening.”

Of course, the word ‘Pah!’ can be replaced by any similar noise. For example, one user got really creative and played the game using a violin, as you can see here:

“It doesn’t matter what language you speak”, says Yosi. “You always play it with your friends, and you always look silly.”

However, the numbers Yosi shared at the event were far from silly, and this is something that many app and game developers are often afraid of publishing. As of today, Pah! has 479,989 downloads on iOS, and 202,110 downloads on Android. “The Android version is much younger than the iPhone version”, says Yosi. “It was a lousy experience developing the game for Android. But we did all this with zero marketing.”

Yosi doesn’t underestimate the power of releasing the numbers either. “One of the things we’ve done along the way, is to share all our numbers”, says Yosi. “Each time, the number would be bigger than the last. People have felt that they were part of that process. We’ve shared everything from day one.”

Furthermore, Yosi and his team didn’t put out an official video of the game online as they had originally planned, but as we’ve seen countless others have. “There has been millions of page-views of people making fun of themselves”, says Yosi.

All of this added together has created a viral effect for the game which, clearly, Yosi could never have predicted, and which has led to millions of game-plays and a whopping 63m ‘Pah!s’ being shouted along the way. “The average number of downloads for a game in its life-time is 10,000”, says Yosi. “So this is huge.”

Despite the phenomenal success of Pah, Yosi says they’ve only made around $60,000 from the game, though the knock-on effect has been a lot more positive for their business as a whole. “We made around $250,000 in the past 6 months, just from people saying to us ‘You built Pah? Can you do something for me?'”, says Yosi. “So, we’ve built a system where a customer comes to us with an idea, and if it doesn’t fit in one month of development, we don’t do it. We’ll cut features until we distill the app to its essence, then we ship it. We want the customer to fail fast, and they don’t understand it sometimes.”

So Yosi and his team are cashing in off the back of Pah’s success, indirectly at least. And they’ve taken the building blocks of what made Pah a success and started applying it to their own clients’ projects. Stripped down and simplified, it seems, is often best. “You cannot fuck up too much in one month”, added Yosi.

“Games is an endless field of opportunity”, says Yosi. “You cannot compete with games. Burn the Rope and Angry Birds do not compete with each other. If it’s good, people will download it. It’s not like Gowalla vs. Foursquare.”

“We also learned that piracy is good”, added Yosi. “It’s better than any marketing campaign we could’ve come up with. The next version of Pah! will cost $1.99. And it will cost $1.99 until the minute it gets hacked, after which we’ll drop the price down to zero. China has 95% of piracy. But, it is also the number one paid country for us, because not all Chinese people are pirates. I will never release a game for free, ever. This is the best campaign we ever did.”

So what else can other budding entrepreneurs learn from all this? “If you have an idea, and you’re not doing it. Or you’re working for a big enterprise, hoping that one day you will be financially fine, you are both stupid and ugly”, finished Yosi, in an amusing and affectionate way that’s difficult to properly convey in writing.

Read next: Civicboom: This open platform lets organizations request content from their audience