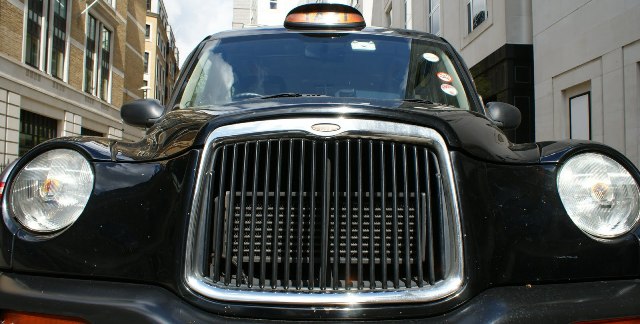 According to Transport for London (TfL), there are over 23,000 black cabs operating in London, generating nearly £1B in turnover each year. So why isn’t it always possible to find one without flailing your arms on street corners for 10 minutes or booking one an hour in advance?

The answer is quite a simple one. In the busy thoroughfares of central London, marrying taxi-seekers with empty taxis is often a case of sheer luck. If you stumble out of a restaurant at 11pm and you don’t see any taxis, there may be 10 on the surrounding streets dropping people off at other locations, but you don’t know that they’re there unless one happens to turn onto your specific street.

There’s undoubtedly a problem needing a fix. What to do? 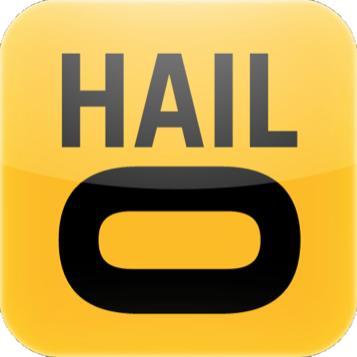 “We make sure people are never more than two taps away from a licensed taxi. And that cabbies get more passengers when they want them.”

That’s Hailo in a nutshell. Available to download for free on Android and iOS, the mobile taxi-booking app launched for London this week and, we have to say, it really is pretty good.

If you’re not in London, read on anyway, as this will be unveiled across the UK and around the major taxi hubs of the world in the near future. Oh, and if you’re thinking “hey, this is just like Uber“, read on too.

When you download Hailo, you see the real‐time location of the closest cabbies, including how many minutes away they are, and a couple of taps on your screen will beckon the closest one using some GPS magic.

You click ‘Pick me up here’, and you’ll get a confirming message to say that all is good. On the driver’s end, they have a short window to accept/decline a booking before the next nearest driver is beckoned. When waiting for the taxi to arrive, you’ll see a profile picture of your driver, their vehicle registration, and you even get a real-time countdown to when they’re due to arrive. Of course, the time is an estimate based on location, other factors could still influence the arrival time, such as roadworks and traffic, but it should be pretty accurate.

You’ll receive a notification when the driver arrives, at which point you have a 5-minute period before the meter kicks-in to action. Oh, and you don’t have to say your destination until the driver arrives either, though you can set it if you like.

The app will also ask you how you wish to pay for the fare – cash or card. The card attracts no charges over and above what it says on the meter, and there are no call-out charges either. Hailo makes money by taking a small commission from the driver’s end of the transaction.

You can access and view your personal details from within the app at any point, including mobile number, email address, password and credit card details. You can even set the app to auto-tip a certain amount:

When you arrive at your destination, and you’ve paid, you receive this notification message and an email receipt, at which point you can choose to rate the driver:

It’s also worth remembering that the app from the driver’s end is different, reflecting their responsibility to respond to job-requests in a timely manner:

Hailo has recruited drivers through a combination of direct marketing such as handing out flyers at taxi ranks and a good old-fashioned bit of word-of-mouth from the drivers themselves, which has seen an impressive 2,000 drivers sign-up to Hailo. That’s almost 10% of London’s cabbie populace.

The one downside at present is that taxi drivers must have an iPhone to use the driver’s version of the app, though the Hailo team are working on bringing it to Android and perhaps even Windows Phone 7 in the longer term. Meanwhile, they’re encouraging taxi drivers to procure an iPhone by pulling together an iPhone-deals section on its website.

Check out the official Hailo promo video for yourself here:

I caught up with CEO and co-founder Jay Bregman to find out more about the new taxi app on the block. So what’s the story behind the company? “Hailo started about 9 months ago after I left my previous business, eCourier.co.uk”, says Bregman. “We’ve since raised $3M in seed funding from Atomico and Wellington”.

Atomico Ventures and Wellington Partners have been involved in companies such as Skype and Spotify, so Hailo is sitting with good company. And, it seems, it hasn’t been sitting on the pot of money twiddling its thumbs either. It transpires it has around 20 hires, many with big company experience at places such as Google, a cool office on a boat on the Thames, and as we’ve noted already, it has nearly 2,000 registered black cab drivers on-board. Since launch at the start of this week, the app has seen almost 2,000 downloads.

“Every day in major cities around the world, consumers waste a million hours hunting for taxis, and drivers leave tens of  millions of pounds on the table due to inefficiency in the market”, says Bregman. “Our platform networks together independent licensed drivers into an engaged community, providing smartphone-­based tools which will become as essential to their trade as Photoshop is to designers, and gives passengers a new alternative which is faster and far sexier than private hire.”

Bregman is from New York originally, but after choosing to study in the UK a decade ago, London is where he now calls home. But is there any particular reason why London was chosen as the launch city for Hailo? “London taxis are consistently rated number one in the world for quality and service”, he says. “We’ve managed to tap the best engineers and investors anywhere to make their service even better through technology, making life easier for Londoners and exporting this elite experience to major cities around the world.”

Anyone who uses London Underground transport will probably have seen the plethora of posters on display for a company called Kabbee which, to me at least, sounds like a similar proposition to Hailo on the surface. But a little digging reveals what the differences are. Kabbee is a “price comparison and booking service for quality minicabs in Greater London.”

Update: Kabbee has responded to say this is not correct, Kabbee has actually aggregated these companies in a live service, and does not “try” to aggregate or “string” anything together. It added that Kabbee already works with top ten companies and more of the top ten will join in the near future.

Update: Kabbee has responded to say that all but one of Kabbee’s fleets have GPS, and all have “systems”, noting that the majority of the industry has GPS now. We’re told that Kabbee’s minicabs arrive and its punctuality rates are industry leading and, although Kabbee does not have the car visible on the map like Hailo,  relevant “real time” information is provided to the customer as needed through email and phone.

Hailo is all about real-time, location-based taxi-bookings.”We are taking the elite service of black cabs and making it more accessible and cheaper than other alternatives”, says Bregman.

There’s also another similar app called LDNTaxiApp, which is a free iPhone app and which launched earlier this summer. It requires users to enter their destination into the app, their details are sent out to a registered driver within a mile’s radius, and the first to respond gets the fare. As with Hailo, the user can monitor the progress of the taxi as it traverses towards them on the map. When the taxi is outside, the driver hits the arrival button and the passenger is alerted that the taxi has arrived. This app won’t let you pay directly by credit card though, it’s merely a booking service.

As we’ve noted already, Hailo isn’t looking to London only. With a $3m investment, it’s looking to go global, and Bregman tells me that Dublin is the likely next port of call. With that in mind, surely there’s competition elsewhere around the world? Well, yes, there is.

There’s Uber in the US for starters, and MyTaxi in Germany, both countries likely to be on Hailo’s radar at some point.  “Uber and MyTaxi have less than 200 active drivers in their largest cities”, says Bregman. “We have orders of magnitude larger than that even at launch – and we have the team, technology, and financial backing to make this work on a large scale in the biggest cities in the world. We are the largest smartphone-based personal transportation network in the world.”

If you live in London and often require a taxi, it’s definitely worth checking Hailo out, it’s free to download and use on both Android and iOS. I think you could be hearing a lot more about these guys in the months and years ahead, wherever you may be.