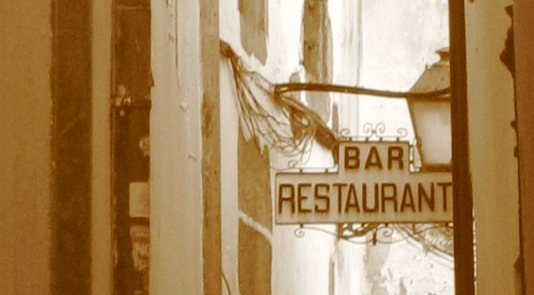 Everyone knows a “great little place” somewhere, don’t they? Whether it’s a little bar off the beaten track, or a pizza place that escapes the throngs of weekend or tourist crowds, you probably have somewhere special that you recommend to people in passing conversation.

With that in mind, we thought we’d take a closer look at Great Little Place, an online tool that started life as a simple conduit on Facebook for people to share their favorite haunts in London. “Great Little Place is a guide to the most charismatic, individual and memorable places around”, says co-founder Rich Brown. “Whether that’s bars, museums, galleries or just somewhere to go for a wander. And it’s all powered by an amazing crowd.”

You may well have heard of these guys before. Not only did they secure third place in the recent Smarta 100 awards, but their ‘little & local’ idea has gone viral and spread into countless other cities across the globe.

But before we look any further at where they’re at and where they’re going, The Next Web caught up with Rich to get a little back-story on where they came from.

Rich Brown and Rossa Shanks first met at a brand strategy course in 2008, a course that brings together people from different advertising creative agencies, and their friendship went from there.

“In March 2009 we met up to watch England play brilliantly, for once, and beat France at rugby”, says Rich. “We then got talking about the idea of writing a book which documented all the great little places in London.”

Rich and Rossa researched for several months, then two things happened. “We sent all-staff e-mails at our respective ad agencies, which made us realize we knew next to nothing compared to the collective ideas of many people”, says Rich. “And then Facebook groups such as Can this sausage roll get more fans than Cheryl Cole? were taking off. If we made a page that appealed and would spread virally, we would have our market and our research tool in one place.”

On February 10th, 2010, they created the Facebook Page “I know this great little place in London…” in the build up to Valentine’s Day, to which they invited all their friends, and bought the domain name greatlittleplace.com, with one eye on future expansions beyond the realms of Facebook…

“Within days we had thousands of fans”, says Rich. “And in two weeks we had 40,000, sharing an incredible array of finds. People really seemed to get the idea.”

But then, they started receiving a deluge of emails from around the world asking if they could start similar Facebook Pages for different cities. “We wanted to be sure we weren’t ‘copycatted'”, says Rich. “So we started setting them up all over the world, and got local administrators to do what we’d done: invite their friends, clear spam, and talk to people so they enjoyed the page and wanted to come back.”

As it happens, Great Little Place has long outgrown its London roots and now constitutes a plethora of Pages covering everywhere from Moscow and Muscat, to Bangkok and Bucharest – not bad going at all. To find a GLP near you, simply type ‘Great Little Place’ and then your city of choice into Google, and you’ll likely find the respective Facebook page near the top of the results.

Two weeks after launch, Rich and Rossa created a blog with a newsletter subscription service, listing the best of the best, knowing that they’d need to get people onto their platform. “We had a market, so we then brought them a product”, continued Rich. “We turned our Facebook page into a research tool. We’d ask a question, such as ‘Where’s your favorite beer garden?’, then follow up and write up the results as a newsletter. We became a crowdsourcing platform, and we’ve been writing up ‘the best’ ever since. We’re now on our 36th newsletter.”

Rich and Rossa ran two London events in 2010, to help spread the good word. “Both turned out to be amazing fun with a brilliant crowd”, says Rich. “We then spent the last few months of 2010 planning and wire-framing the new site. The major challenge to overcome was how we would enable editorial control of user-generated content.”

So they crowdsourced a team of 10 writers from a single tweet they sent out, and it’s them who now compose many of the reviews on the GLP website.

With any startup, the issue of money soon becomes an issue, even if bootstrapping is how it initially gets off the ground. And in April this year, Rich and Rossa set out to secure some much needed funds. “We knew we needed investment to get a decent product out”, says Rich. “Given it was the crowd that helped us grow, we thought we’d see if we could do it financially as well. We managed to raise £10k from 373 investors, without having to give equity away.”

So, without equity, what was in it for the donators? Well, each contribution received a reward. Invest £10 and they receive a thank-you e-mail, with their name credited on the website. They were also entered on a priority e-mail list for all GLP events, which means they get first refusal on tickets. The tiered reward structure continued as follows, with everything included from the £10 investment offer, plus:

Invest £50
A VIP invite to a GLP launch event in London.

Invest £200
A meal for two at a bona-fide ‘Great Little Place’, with some extra special GLP care.

Invest £500
A special ‘great little adventure’ for you and someone of your choice, including a pre-planned route and some very special touches.

Some of the prizes haven’t been given out yet, as they’re still growing. “We’re enormously grateful to the people who backed us and want to make sure they feel it’s been worthwhile”, says Rich. “It’s tough when we can’t yet share what we’ve got, but we’re relentless and will get there soon. We’ve seen the crowdfunding process as ‘pre-ordering’ something people know that they will use and enjoy.”

So the project sounds like it has some legs, but how can it hope to make money? “Something we believe in passionately is making the best user experience possible for people”, says Rich. “This means no display banner advertising. Our new site will be commercial, but it’ll be worked in subtley and sympathetically – affiliate commissions, branded content and tailored offers is the direction we’re looking at.”

Today, Great Little Place has 250,000 fans around the world, with 94,000 in London alone. It has 24,000 newsletter subscribers, and in September they won the Smarta 100 Special Award for ‘Resources’, and finished third overall, which is the awards for the most resourceful, original, exciting and disruptive small businesses in the UK. They also made it to the final of the Shell Livewire Grand Ideas Awards.

“Thus far, the money has been invested into the best designer we could get – the awesome Simon Collison“, says Rich. Simon is working on the company’s new website which is scheduled for a Christmas 2011 launch, after which they’ll be focusing their efforts on building apps for mobile platforms. “And we’re currently recruiting a technical co-founder/lead programmer”, continued Rich.

The new website will completely replace what currently exists. “It’s been an awful long time in development, but we want to get it right, do justice to people’s contributions and make it happen with the resources we have”, says Rich. “Our website’s fairly rudimentary at the moment but it contains hundreds of London’s gems. With the money we gained through crowdfunding, and working with a top designer, we’re creating a site which will become a single destination for finding the best great little places around the world.”

But even as Great Little Place is going from strength to strength, Rich and Rossa are still in employment in client services at their respective creative agencies. “We’ve got the big goal of getting our new site out, which means there’s a product with genuine utility out there, and gives us the platform to test the business models”, says Rich. “We can’t know ’til we get there if it can go from a hobby to a significant revenue generator, so we won’t be quitting the day job until we’ve been able to answer that question.”

Looking forward to twelve months from now, it’ll be interesting to see where Great Little Place sits. Will it be the number-one go-to brand for finding hidden, out-of-the-way places? Will their website and mobile apps be ubiquitous?

“We want a thriving, useful and loved site and to have an app which really helps people”, says Rich. “We want to be truly global, with content and GLPs all over the place. We also want to have learned more about the business and the people in tech, social and innovation. And hopefully we’ll prove that a business can be built around this kind of idea: Championing the individual over the generic.”