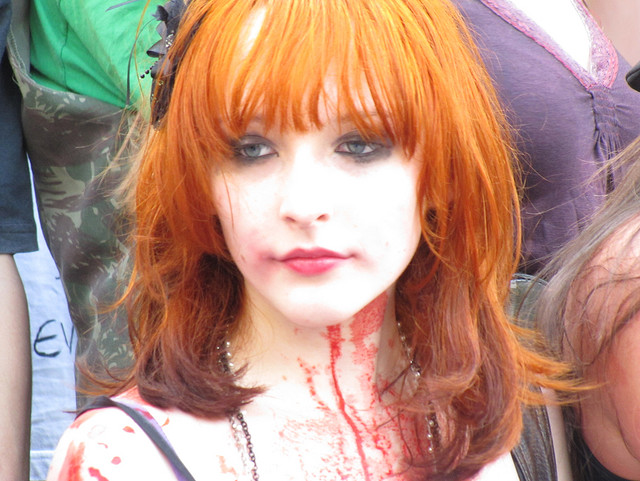 The Zombies, Run! story sounds like a fairytale. A group of people come up with a great idea for an app, and get some funding to build it. Except this fairytale doesn’t go like most Silicon Valley stories. This time, the funding came from people who really want to use the app, not from an angel investor or VC firm. The company headed right to crowdsourced funding site Kickstarter.

You see, the company Six to Start hasn’t completed this fairytale, yet. As of a month and a half ago, it is now able to start fulltime work on its dream, the Zombies, Run! app for iOS. This app could actually make people exercice in a whole new immersive way, using storytelling and achievements.

Here is the video that has gotten everyone excited about Zombies, Run! and driven them to donate to Six to Start on Kickstarter:

Recently, I was able to interview Co-Founder and CCO of Six To Start, Adrian Hon, about the amazing Zombies, Run! story.

TNW: Where did you come up with the idea for Zombies, Run!? 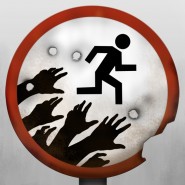 Adrian Hon: Adrian (another Adrian, CEO of Six to Start) and Naomi (lead writer on the game) had been saying for a long time that we should work together on making a game. We’d previously made Perplex City, an Alternate Reality Game (ARG) together from 2004 to 2007 at Mind Candy and we make a good combination: it’s not easy to find writers who understand how to write for games or game designers who know the importance of good writing!

Adrian’s a keen runner, and was interested in making a running app. Naomi had just done a ‘beginning to run’ course and one of the questions asked right at the start was “so, why do you want to run?” and someone answered “to outrun the zombie horde” which made everyone laugh. So when we sat down to chat through app ideas, and Adrian said “a running app?”, Naomi said “how about something where you’re outrunning the zombie horde?!” and that’s where it all started.

Probably what makes our app a well thought-through game concept though is that combination of writing and game design. We’re making sure that the story works with the game every step of the way. In the story you’re running from zombies, you’re trying to rebuild your base from a few terrified humans to a well-defended fortress city. In the gameplay, every run you go on you’ll gather valuable supplies to strengthen the base and also hear more of the story. And we want to make it a good running experience too – nothing that makes you stare at a screen while you’re trying to run, or that demands you do a personal best to get a badge or an achievement. Every run is an achievement – especially if you’ve survived a zombie attack!

TNW: How big is your team?

Adrian Hon: Six to Start is five people, including a developer, artist, and game designers, plus we’re working with Naomi and a number of other people for sound production, voice acting, and so on.

TNW: Why did you decide to use Kickstarter instead of raising VC or seed funds?

Adrian Hon: The amount of money we needed to make Zombies, Run! is significantly less than what you’d normally want to approach VCs or even seed funds for – plus it’s rather quicker and comes with fewer strings attached. In fact, we actually decided internally that we’d make Zombies, Run! even before considering Kickstarter, but Kickstarter makes it possible to provide much more polish and quality. Not that we’re against raising funds from VCs or seed funds, but it didn’t seem appropriate for this phase of the project.

TNW: How much did you raise, and how quickly?

Adrian Hon: Our target was $12,500 and as of today, we’ve raised $51,000. It’s taken us about three weeks to get to that amount, and there’ll be another few weeks after the fundraising period is over before we can access the money (not the mention the time and resources we spent on creating our Kickstarter trailer and promo pages). But all in all, it’s been a very fast process with practically no gatekeepers.

TNW: What is the guarantee you make that the app WILL make its way to the
store? Just a personal guarantee?

Adrian Hon: Six to Start has been making high profile, award-winning games for the BBC, Channel 4, Penguin, and Death Cab for Cutie, and we’ve worked with companies including Microsoft, Disney Imagineering, and the British Museum. We have a solid track record and an impeccable reputation, and we don’t want to harm it by disappointing people. Likewise, Naomi has published three books and has won the Orange Prize for New Writers. We feel that’s a pretty good guarantee.

TNW: How are the Kickstarter funds being used?

It’s an amazing story, and Six to Start clearly has the background to pull this off. I personally can’t wait to use the Zombies, Run! app, and it will be interesting to see if other app developers take a look at the Kickstarter funding direction and take it, rather than VC money.

Much like Silicon Valley though, people gave money because they trust the team, loved the concept, and want to see the application come to life. Six to Start promises to do it, and we’ll be ready to review it.

Adrian Hon left us with this quote about Kickstarter:

Kickstarter allowed us to raise money from consumers directly without having to go through publishers or other middlemen. We’ve been able to preserve our original vision for Zombies, Run! with zero compromises and we’ve raised over $50,000 from over 2500 people in mere weeks, pretty much guaranteeing that the game will be a success when it’s launched next year. Crowdfunding isn’t going to be the best option for every project or business, but for Zombies, Run! it’s been perfect.

Read next: 7 memes to know: Internet culture at its finest