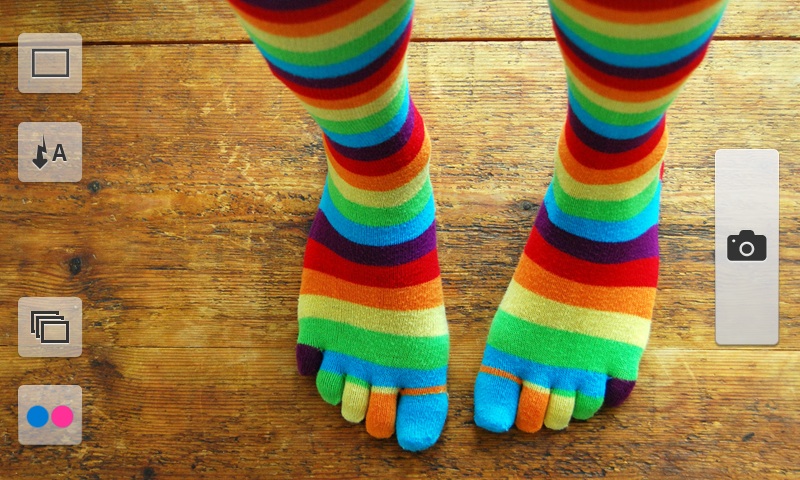 The app lets users modify the flash and shutter focus as well as scroll through their libraries of photos, similar to the web experience. Gigaom points out that “By hitting the market now, Flickr for Android could well take some air out of Instagram’s upcoming Android debut… In a meeting at Flickr’s San Francisco headquarters Wednesday, Flickr’s head of product Markus Spiering said that those features are currently in development to be added to the iPhone app, but would not provide a time frame as to when they will be deployed.”

But will the fresh new app pull Flickr out of its stalemate? The long-term health of Flickr, which has 68 million registered users, has been called into question over the past year. And not just because Yahoo! decided to sunset Delicious but also because for the past several years, the site, which was founded in 2004, has remained stagnant, unchanged with the exception of thousands of new members and a few social features.

Many in our backchannel have suggested that Google may as well buy Flickr, and fold its content into Google+.

Read next: Kuwaiti released after spending 3 months in prison for a tweet