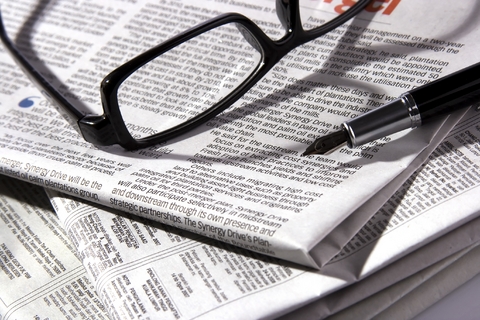 Blottr is the user-generated news service that allows anyone, anywhere in the UK, to capture and report news as it happens. And today, it has announced the launch of the Blottr iPhone app.

The ‘Paparappzi’ (get it?) app is free to download from the App Store, and citizen journalists can now capture and report news direct from the scene of an event in real-time, directly from their dedicated mobile app. An Android version of the app is due out next week.

Blottr is particularly useful for budding journalists covering local news, and users can collaborate on stories, facilitating coverage from multiple viewpoints and positions as events unfold. So, one person begins the story, someone else adds more details, and others can chip in with edits, fact-checking and proofreading. Blottr is like the Wikipedia for news.

The app’s home screen is pretty straight-forward – you can choose to read the latest stories, follow stories you’ve contributed to or get started on a new story direct from the main screen:

If you choose to ‘Report Your Story’, you’re presented with a simple interface which allows you to capture images from your phone’s camera and upload directly into the piece:

The app has been developed using birectional integration with Blottr.com’s existing web-based content management system, allowing the display of content to be controlled from the main website. This ensures changes to the app’s newsfeed can be made without needing to update the app itself.

“One of the biggest challenges we faced when architecting the app was enabling real-time integration with our CMS . The app integrates fully with the user layer of our CMS, allowing stories to be posted directly to the site and viewed straight away on both mobile and web.”

Using GPS functionality, the app automatically assigns the users’ location to their story. Each time the app receives a 3G connection, it automatically updates, enabling users to read the latest stories across the Blottr.com network without the need for a 3G connection.

The app is scheduled to be updated in August, and this will include the delivery of content happening around the users’ precise location and other geo-based features. Live video-streaming will also be introduced later this year.

Last month, we reported on Blottr’s new NewsPoint service, which opens up the same core platform used by Blottr to external online publishers. This means that any online publisher – from regional and national newspapers to review websites and technology blogs – can use the same technology to crowdsource content from their own readers.

New media is changing the face of journalism across the globe, with tools such as Facebook and Twitter helping to spread news fast. And Blottr founder Adam Baker reckons the new app will have big implications on the way news is reported. He said:

“The Blottr app has the potential to fundamentally change the way news is gathered and reported. The UK has the highest number of smartphone users in Europe at 11m, and growing. Over time, we hope a high preponderance of smartphone users will be using the Blottr app to report news they are witnessing from the scene. We hope this will be the catalyst for millions of ordinary people to become citizen journalists and through our app, we expect to create a powerful network of people and content that will transform the ability to break news as it happens.”

Blottr was launched in August 2010, and it now serves 7 cities across the UK – Birmingham, Bristol, Cardiff, Edinburgh, Leeds, London and Manchester. The company raised £1m investment in May 2011.