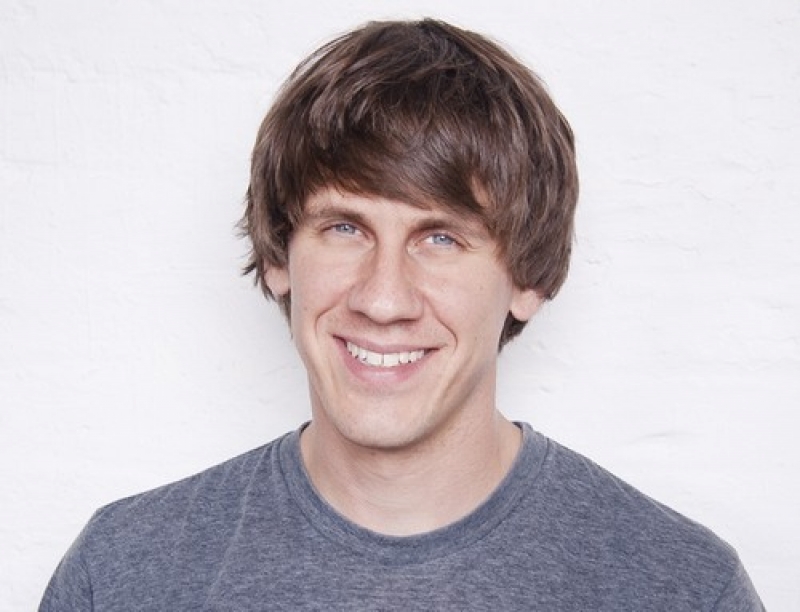 Last year at Tech Crunch Disrupt, Dennis Crowley said his Foursquare product was 10% of what it should be. Crowley says they’re growing at 1 million users per month with 60 employees focusing on machine learning. Today, Foursquare boasts 600 million checkins total, averaging 3 million per day from its nearly 10 million users.

Today at Disrupt 2011, Crowley dismissed rumors of a possible partnership with Groupon. “Are you doing a Groupon deal,” Arrington asked. Crowley wouldn’t budge. “How’s monetization going?” Arrington prodded.  Foursquare is making revenue, but the crowd was a bit unclear of how.

The big announcement today: Crowley took out his INQ Cloud Touch smartphone aka The Facebook phone, which is only available in the overseas at the moment. The Android smartphone has built its platform to include Foursquare’s API and location layer to seamlessly discover new places nearby and check-in, without having to open up the Foursquare app itself. The Foursquare integration will be available for European and Asian users in 6 weeks.

While Foursquare is very based in the present tense, they explore the past tense through its massive data sets and may be looking into future location planning features soon. This quarter, Foursquare will aim to make its product lighter, faster and easier.

Read next: Ron Conway: 17-18 year-olds are the best entrepreneurs to invest in