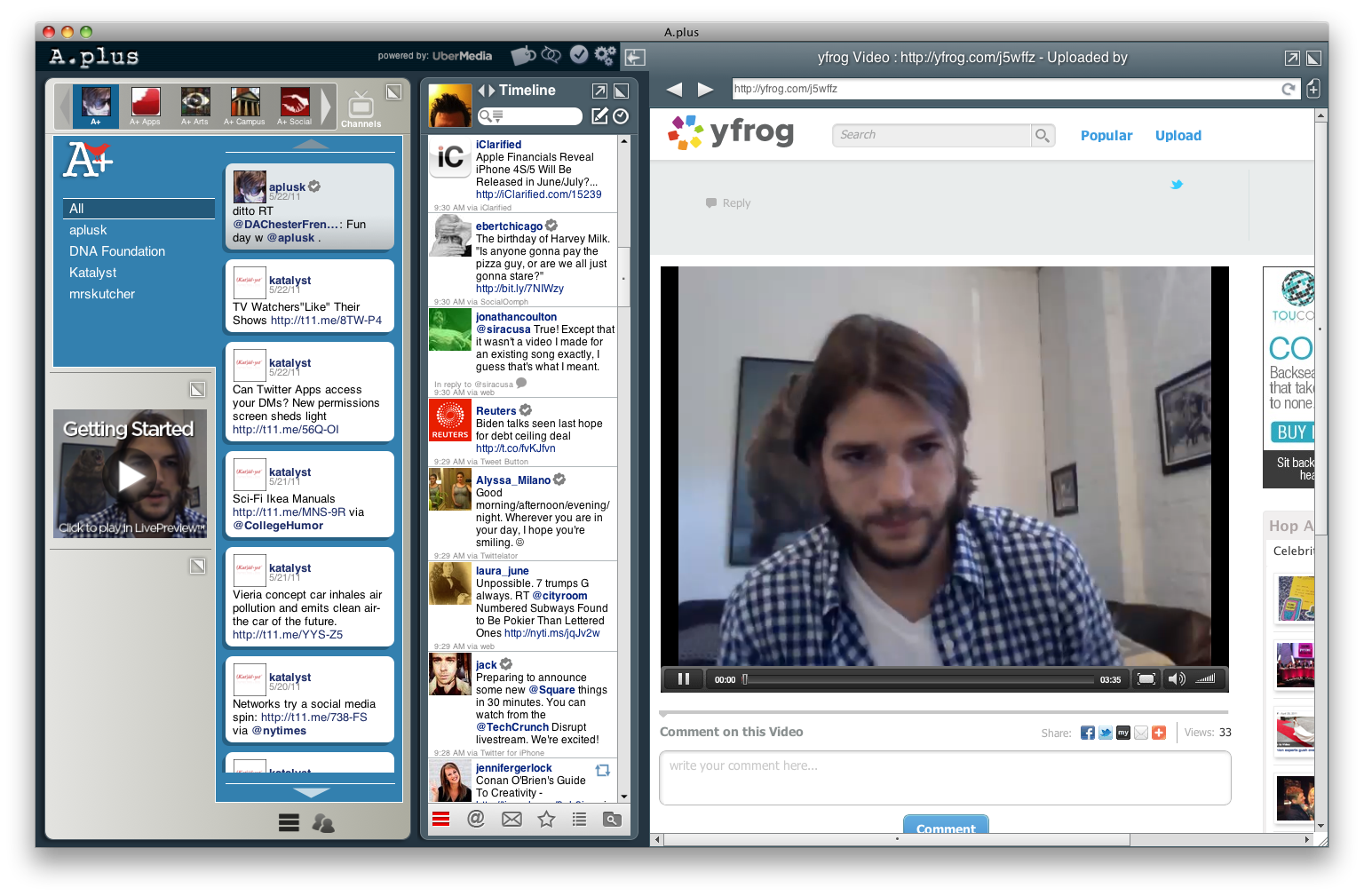 As one of the most prolific users of Twitter with over 6.6 million followers it makes some sort of sense that Ashton Kutcher would end up with his own Twitter client. It’s called A.plus and it’s made by UberMedia, the creators of Echofon and Twidroid, so it’s got a good pedigree.

A.plus features all of the basic things that a desktop Twitter client should have, with a few additional options that could give it value for heavy users of Twitter. You can pop out columns from your main stream to follow searches and Tweets without switching away from your main feed. There is also a feature called LivePreview that gives you an instant look into the content of the Tweets in your timeline including websites, photos and videos.

The My channels feature allows you to see custom channels that include content feeds that Kutcher has edited to include projects he’s involved in, things that he thinks are cool and causes that the cares about. In his introduction video Kutcher says that he hopes to make the My channels feature more social in the future, allowing for people to add more content.

The client looks pretty solid with only a few minutes of use. The LivePreview function works as advertised and loads content in the right pane quickly as you click through your stream. The name of the app is likely a reference to Kutcher’s Twitter handle @aplusk. Here is the full feature list:

You can grab A.plus try try out on your desktop or laptop now at the site. A.plus is an Adobe Air app so it should run on any machine with Air installed.