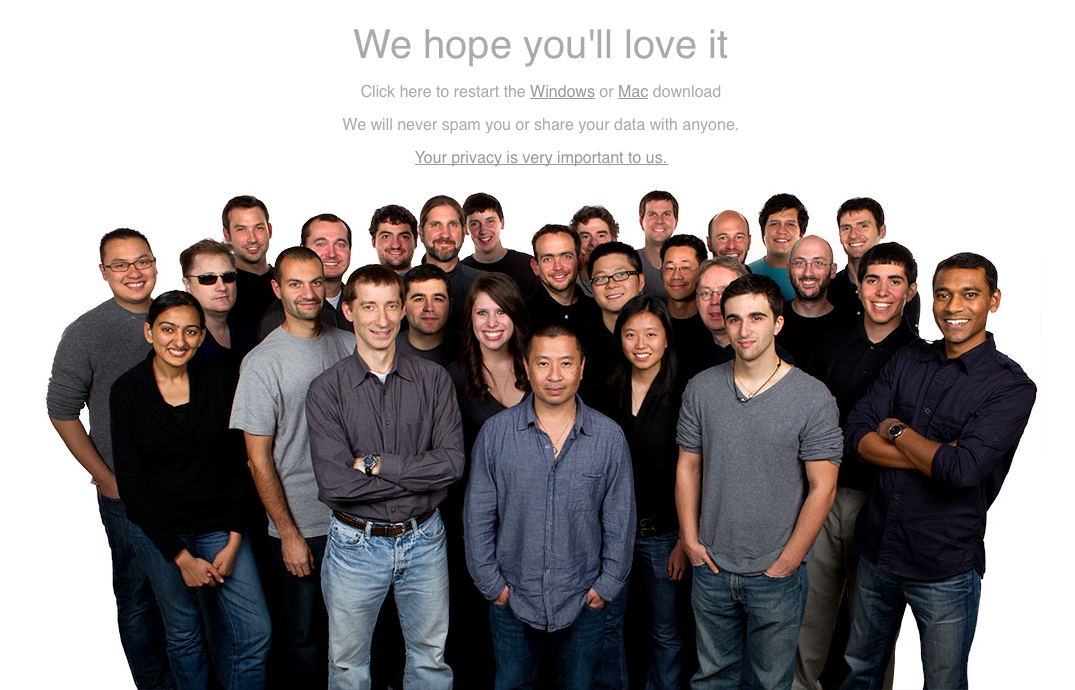 The team at RockMelt is genuinely excited to introduce the latest revision.  The journey to Beta 2 is the accumulation of 20 previous updates since November 2010. Despite the constant iterations, the crew at RockMelt asserts that this is the most significant upgrade to date.

It seems the RockMelt team is aiming to create the Swiss Army Knife of social media activity and Web browsing.

So why are they so excited about RockMelt?

“One thing we’re really proud of is how much people actually use RockMelt. People use RockMelt for more than 6 hours each day to share links, get quick previews with the search box, stay updated with App Edge notifications, and chat from the Friend Edge. RockMelt Beta 2 doubles down on some of those features making them faster, easier and better.”

What is the deal with all the new features after 20 upgrades?
RockMelt did its research on usage and wanted to make an engaging user experience. The team found out that people use chat more than 3 times a day through a multitude of channels. The chat feature became wildly popular and it was decided to make that a strong focus of the newest version.

RockMelt was really challenged when users requested the ability to chat to multiple people simultaneously through multiple channels, and to make all that available on a finite section of valuable screen real estate.

The power is in the chat bar:

With the new chat bar, chatting with multiple people has never been easier. Chats are now docked in the chat bar along the bottom of RockMelt so they’ll stay visible while browsing.  Also newly created are the subtle notifications for new incoming messages so they aren’t distracting. It should be noted that chats can still be dragged off of the chat bar and made into separate windows like previous version allowed.

The team had an ambitious goal to re-invent the browser, it was quickly learned that bookmarking has really changed. With features like autocomplete, most-visited sites on the new tab page, and search built into the address bar, many people no longer use bookmarks.

The team at RockMelt was enamored with services like Instapaper and how easy they make it to save websites to read when we have more time. It was these services inspired RockMelt to build the function “View Later” deeply into the browser.

With “View Later”, people can save any URL and any links from the edge of the application to read later. This includes individual posts from Facebook, Twitter and other feeds. Find something you want to come back to later? Just click the clock icon to add it to your “View Later”. It should be noted that as with everything in RockMelt, “View Later” is sync’ed so you can access it everywhere you login.  Pretty cool stuff.

With some research it was determined that 50% of RockMelt users have connected their Twitter accounts and RockMelt wanted to take steps to make sure that user base was not forgotten.  The Twitter portion was completely revamped with slick aesthetics and smooth updates.

RockMelt wants to make it clear that it doesn’t just look better, it’s packed with new features. Now, in addition to your lists and @mentions, you can also edit retweets, view direct messages, reply to all users, and search Twitter easily. And a big boasting point is that it uses the real-time API so you get updates instantly.  Sweet.

Real-time Facebook updates and statuses work without a hitch and scrolling over your friends with a slick semi-transparent status box is pragmatic and just pretty.

RockMelt is vastly improved and faster than ever with the latest Chromium updates.

The team will start updating users to RockMelt Beta 2 today and everybody should have it in a week or so.

I don’t know if I am ready to dump Firefox and Chrome just yet, but I am going to be playing with RockMelt this weekend for stalking…errr following my friends and family.  I am really impressed with the Facebook and Twitter integration and the “View Later” function might give my overused InstaPaper account a much needed rest.

RockMelt Beta 2 is free and can be downloaded here.

Read next: Itinerary: A beautiful trip planner for the iPhone