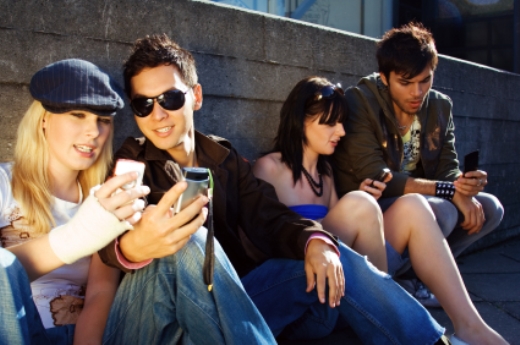 If you want to hold a private conversation on Twitter, your only option is to use the direct messaging system. While it’s an easy way to converse, it doesn’t exactly work in real-time, and it doesn’t allow for group chat. A new desktop app, Joint, is bringing the flow of instant messaging and group chat to your existing Twitter contacts.

The app is created by Ethan Gahng, the person behind LazyFeed and LazyScope. It works like Twitter’s DM system, which means you can only chat with people you follow. While Joint uses Twitter to login and get info about your contacts, it doesn’t use Twitter’s messaging API so messages on the app won’t appear in your Twitter timeline or as DMs in your Twitter client. It also means that conversations can’t be continued on mobile phones and other devices via twitter.com.

Currently, the only way to get access to this app is by getting invited by a friend through a personal URL and following @imjoint on Twitter. The app runs on Adobe AIR, which only takes a couple of minutes to install and is compatible with multiple platforms.

The client is simple and surprisingly, there are no noticeable delays while chatting. It uses a three-pane setup that shows the online status of your Twitter contacts on the left, tabs of open chats in the middle, and the main chat window on the right.

New rooms can be public, password protected or completely private. The room creator can also limit the number of people who are allowed into a room. Joining discussion rooms can actually be a good way to meet and discover new friends based on different topics. Joint doesn’t have the ability to archive messages so you won’t be able to see messages that were posted to a group before you joined the room. Like mIRC, rooms disappear once every member leaves.

Although still pretty half-baked, Joint looks like a promising IM and group chat app for Twitter. It would be cool to see more integration using Twitter’s API and a mobile app would definitely get more users stoked. It is still in Alpha stages so we’re looking forward to see more features soon.