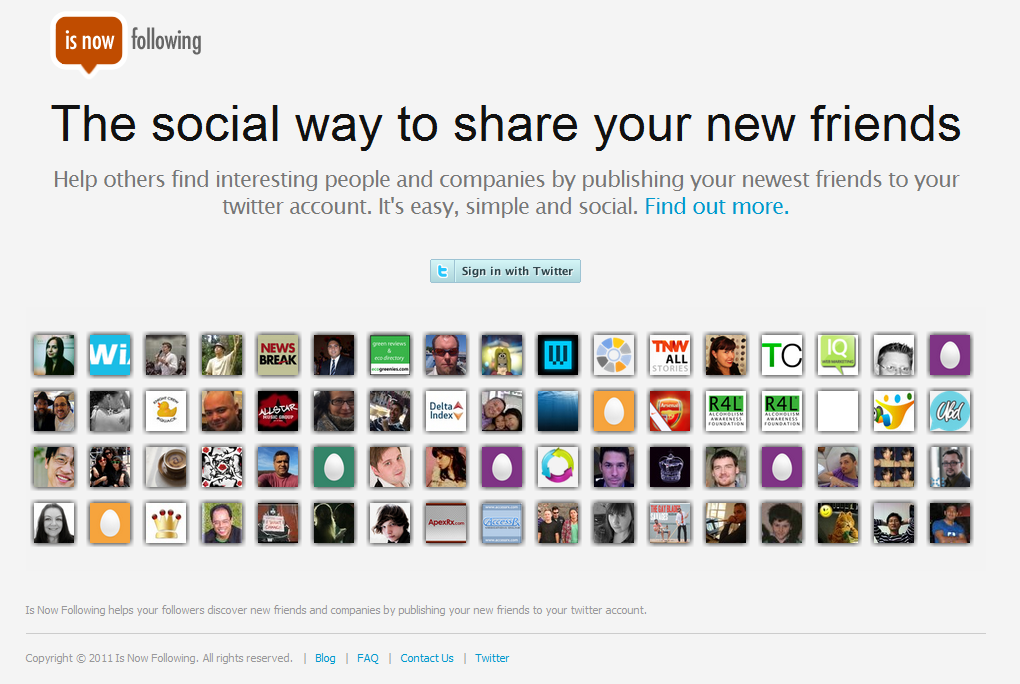 To get started with Is Now Following, simply sign in using your Twitter account. That’s all you have to do because there’s hardly anything to customize in your dashboard, aside from activating or deactivating the service. You can also view the last few updates, which also displays the number of new friends found and the total clicks on the link.

Basically, how it works is that every 12 & 8pm Daily (Eastern), the app determines the latest people you follow and tweets it in your twitter feed. If you didn’t follow anyone new, nothing will be tweeted.

This is what the generated tweets look like. You don’t have to worry if you followed a lot of people. Is Now Following won’t spam your timeline; instead, it will only display the last 3 people you followed, and the rest will be mentioned in a link.

A few suggestions I have is the ability to filter who gets displayed in tweets and a way for people to change the schedule and/or frequency of the updates. Besides these, I find the tool simple and straightforward enough for me to just leave activated, without having to worry about anything else.

For some, it’s an ego trip; but for others, it’s actually a handy way to find new people and companies to follow. Its also worth checking out the official Is Now Following Twitter account for a couple of interesting suggestions.

Read next: HTC announces yet another Android handset - the Merge set for US launch