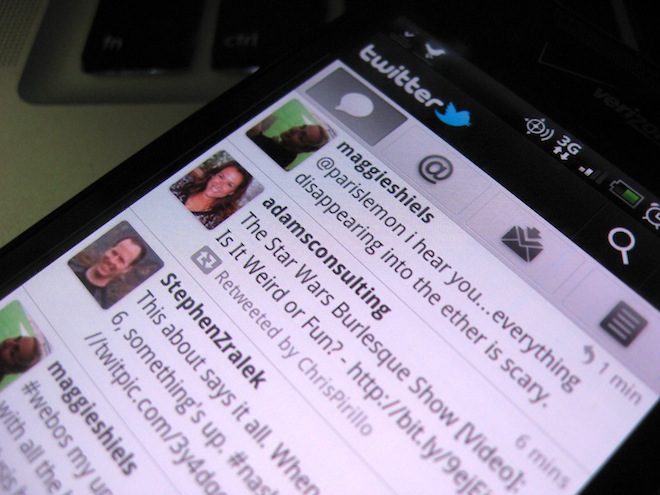 Sometimes we get lucky. The @TwitterGlobalPR account (if you’re not following it, you should be) sent out a message asking if anyone was interested in getting the newest version of Twitter for Android before it is released. You know us, we’re always up for pre-release applications so we had to take a look.

The first thing that you’ll notice is that it has a really sleek look to the app overall. The new design takes a minimalist look, though the function doesn’t change in any mentionable way. The second thing that you’ll notice is that there’s a new feature which can scan your phone’s contacts to find out if they are on Twitter. If they are, you’ll see their Twitter profile and you can add them easily.

Navigation in the new Twitter for Android is markedly easier, as well. Instead of having a single point that expanded, you now have a full bar across the top to access Tweets, Mentions, DM’s and even your Lists. You can still fully manipulate lists right inside the app but the UI seems a lot more clean.

There’s no firm release date yet. Carolyn from Twitter would only say “soon”. Make sure to check your Market for updates and we’ll let you know as soon as it hits the public.

Read next: Cuba gets an undersea 1000 mile Internet cable link from Venezuela