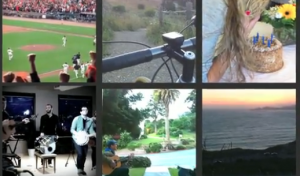 Been on Twitter lately? You will notice they’ve updated their site with a “Connections” feature, which includes “Also Followed by” and “You Both Follow” much like the beloved “Mutual Friends” feature on Facebook. This is a big step in the social direction for Twitter and is a much welcomed addition.

A similar feature was launched, and then pulled in the past. This version appears to be an evolution of the last- with a more fleshed out approach. I think this is an awesome addition to Twitter.

Check it out by visiting a friend’s profile. While it doesn’t provide total numbers yet of shared connections, it does allow you to pull up complete lists of who follows both of you and who you both follow by clicking the “more” button. Once you click “more” you will have the option to pull up other lists such as “Followers You Follow” and people you both follow. Although, Twitter’s new feature doesn’t appear to be complete yet, as I know for a fact that several mutual Twitter handles are missing from tests I ran on friend’s profile. Anyone else experiencing this? Please share in the comments.


Read next: Instagram vs Picplz: Which app should you choose?