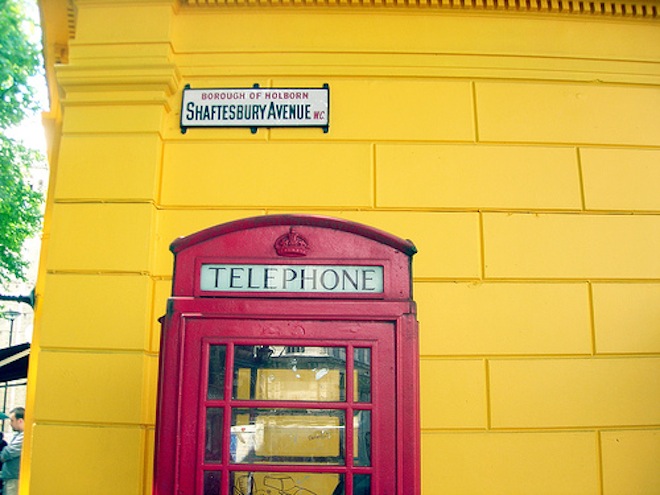 There is no shortage of voice over IP clients. In fact, we get pitched a new one every few days around here at TNW. Imagine our surprise then when one of the slickest ones that we’ve seen we just happened to stumble upon via Hackernews. vox.io is a VoIP client, just like many others that you’ve likely used. But it does have some subtle differences and those are what sets it apart.

First off, as the title states, it’s dead sexy. Instead of being an installed application, vox.io runs entirely in your browser, on any Flash-enabled device. You can make voice or video calls, and the quality is perfectly on par with a standard phone call. Granted, it doesn’t have the pristine quality that a Skype call can have, but it also doesn’t require nearly the bandwidth or resources of Skype.

Once you’ve signed up, you’ll also notice that it asks you for your phone number. Yes, your real one. That’s because whenever you call someone, your actual number will be displayed, so you don’t have to give out different numbers for your “real” phone versus your VoIP client of choice. While this might not be ideal for some people, for many of us it’s a great thing. Let’s face it — how often do you answer numbers that you don’t know? Well, if you’re calling your international friends from your own number, and you’re doing it cheap, that’s a pretty big bonus in our book.

Contacts, at the moment, come from Google and Facebook, plus you can add them manually. There’s the great feature of vox.io pulling in photos for your contacts, as well. It appears though, that you can only sync one Google account, which is a bit unfortunate. Chances are that vox.io will be working on this, moving forward.

Now, let’s talk price. Calls to other vox.io users with whom you are connected are free. If you want to call other phone numbers, you’ll of course incur charges. This is where we see vox.io running into some problems. For instance, it costs Matt Brian roughly €.02 per minute to call me via Skype. That same call, on vox.io, would cost €.12/minute. While it’s still insanely cheap for international calling, it’s a hefty price to pay just to use your own number and not install software.

vox.io won’t comment on pricing right now, other than to say this:

Some providers charge you a connection fee. With vox.io you don’t have to pay a connection fee or any other hidden cost. I can’t really comment on prices going down at this moment, but we will do everything we can to bring them as low as possible.

So there you have it. The service is still in a private beta right now, so you’ll need an invitation. Of course, you’re a loyal reader of The Next Web, so you know that we have that sorted out for you. Want to get a peek inside and at least reserve your name? You’ll need to go here:

That URL is good for unlimited invitations, so use it at will. Once you’re signed up, you can share your own code with friends in order to get referral credits for more calls. There are still some bugs, as is to  be expected with any beta. Overall though, we’re really impressed with what we’re seeing and we think you will be too.

If you can’t get a Google Voice account and installing software is something you can’t or won’t do, then vox.io is the best choice we’ve seen. Android and iPhone apps are promised to be coming soon, as well as the ability to have inbound calls from landlines or mobile. For now, enjoy it for what it is and we’ll keep an eye on what it becomes.

Read next: Tunisia's Revolution Gets a Facebook Game: Defender of Tunisia