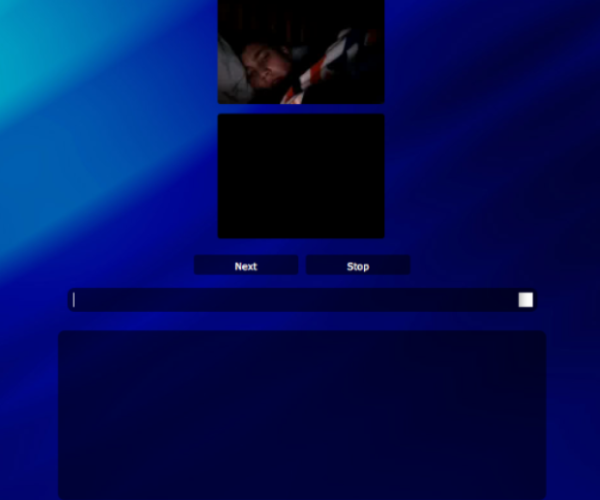 Chatroulette has been off our radar for a few months now after experiencing extended downtime and grossing us out just a bit. But now it seems to be back with an early 90s makeover and, surprisingly, far less men playing with their private parts. As first reported by TechCrunch, @Chatroulette tweeted about its new user interface tonight.

The new design features several new colorful backgrounds of neon rainbow shades in geometric patterns. Unfortunately, I couldn’t get my MacBook Air’s camera to work on Chrome, nor could I get the camera to work on Firefox even after updating my Adobe flash.

The “Meet Someone” or “Go Green Date Your Neighbor” interchanging button at the bottom of the page links to Singles-Roulette and apparently knows exactly where I live since the banner across the top says, “We found 1,284 singles ONLINE right now in Brooklyn. Meet someone today!” Pressing “Chat Now” takes you to True.com, a dating site committed to “providing a safer, smarter way you to find your soul mate.” You know, in case you didn’t find him or her on Chatroulette to begin with.

At this past summer’s TechCrunch disrupt Andrey Ternovskiy, the CEO of Chatroulette described the service as “uncontrollable…a grown up baby…an experiment.” “I like the feeling that I can show off,” he said, “I like the feeling that other people see me and interact with me. That was what brought me to broadcast myself. I also was interested in what other people look like and that was what made me want to watch other people. This combination of ‘I see them and they see me.'”

Read next: Voice is dead. Your smartphone is now a notification device.