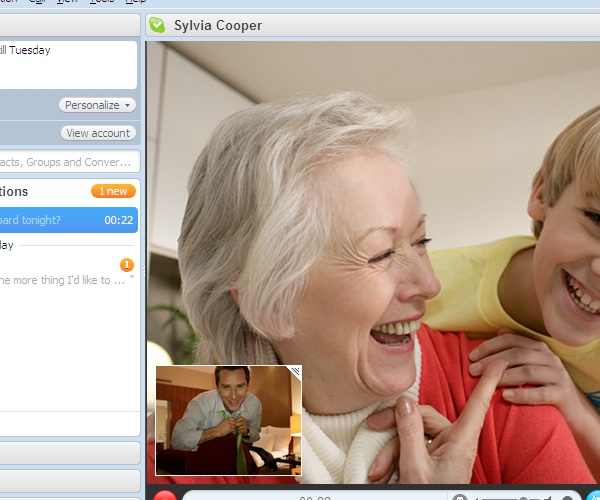 Skype is currently down for the large majority of its users; its first down time spell since 2007. The enormity of Skype going down is appreciated when you consider that last year it accounted for 12 percent of the world’s international calling minutes.

The service last went down was 2007 where the problem was reportedly “a deficiency in an algorithm” – it wasn’t a good day for eBay, the company behind the product at the time.

An update from Skype:

If you’re logged in, don’t log out – the service should now be and running for you. Not the case.

Apparently it’s a “pretty bad outage” according to a Skype engineer.

Skype has posted an update to its blog explaining the issue, resolution and expected downtime of a few hours. If you’re looking for one, here are a few great Skype alternatives.

“Skype isn’t a network like a conventional phone or IM network – instead, it relies on millions of individual connections between computers and phones to keep things up and running. Some of these computers are what we call ‘supernodes’ – they act a bit like phone directories for Skype. If you want to talk to someone, and your Skype app can’t find them immediately (for example, because they’re connecting from a different location or from a different device) your computer or phone will first try to find a supernode to figure out how to reach them.

Under normal circumstances, there are a large number of supernodes available. Unfortunately, today, many of them were taken offline by a problem affecting some versions of Skype. As Skype relies on being able to maintain contact with supernodes, it may appear offline for some of you.

What are we doing to help? Our engineers are creating new ‘mega-supernodes’ as fast as they can, which should gradually return things to normal. This may take a few hours, and we sincerely apologise for the disruption to your conversations. Some features, like group video calling, may take longer to return to normal.”

An article over on the BBC News has some interesting things from Skype’s CEO Tony Bates:

Right now it looks like clients are coming on and offline and sometimes they are crashing in the middle of calls. We are deep in the middle of investigating the cause of the problem and have teams working hard to remedy the situation.

According to the article, Bates has stated that Skype has lost “around 10 million calls” with today’s outage, which Skype has not ruled out as being a malicious attack.

A fresh blog post from the folks at Skype explains that the service is returning to normal for some users. We can confirm that some of us here at TNW do indeed have Skype service back, though the majority of our contacts remain offline.

When will you be able to see all of your contacts? Skype isn’t sure, just yet:

Unfortunately, it’s not possible for us to predict on an individual level when you’ll be able to sign in again, and we thank you for your patience in the meantime.

In the mean time, make sure to check out our Skype alternatives and see if one of them fits your needs.