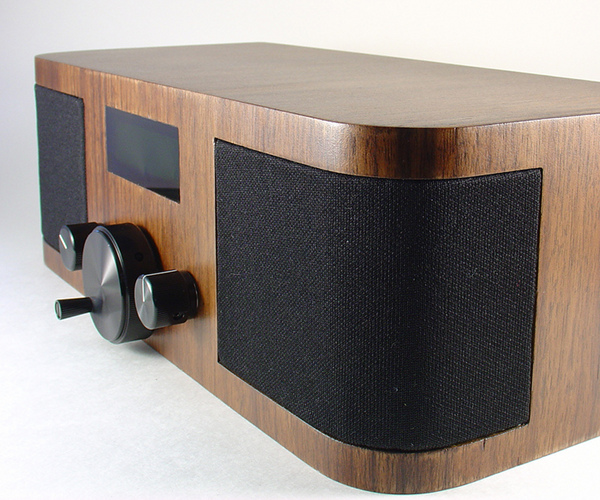 You may not realise it, but the iPad is potentially one the best portable radios available, as long as you have an Internet connection available. It’s got a good pair of built-in speakers and accessing a world of radio stations is just an app download away. But which app? Here’s our round-up of five of the best out there. Already popular on the iPhone, TuneIn Radio has recently been optimised for the iPad and with iOS 4.2.1 support, it will run in the background while use other apps.

Far more than any of the other apps we’re looking at here, TuneIn Radio has made good use of the iPad’s screen space. Like many of the apps here it hooks into the RadioTime directory to offer thousands of stations, here categorised as Music, Talk and Sport. If you want to narrow your choice down to your local stations, a map view allow you to browse the stations available on the airwaves in different parts of the world. It’s optimised for

While many stations now offer online catchup services, not all do and many are incomplete. So, the idea of recording a station for later listening may appeal. TuneIn Radio allows you to record any station you’re listening to at the tap of a button. You can even set a timer for it to record a specific station for a specific duration, with all your recordings available in a menu for later listening. The only problem is that recording won’t work when TuneIn Radio is left running in the background – it has to be left open on the screen with the power cable plugged in to work. Still, it’s a feature that none of the other app here offer and it’s highly useful to have the option. SHOUTcast is a technology that lets anyone set up their own Internet radio station. Tunemark is a dedicated browser for these station that, while often run by amateurs, can be a great way to discover new music and new voices. You’ll also find American NPR here and there’s the option to add a custom audio stream by pasting the URL into the app. A unique feature among the apps we’re featuring here allows you to scrobble the music you listen to your Last.fm account. The app supports running in the background on the iPad, meaning you can get on with other things while you listen.

It has a full-screen clock mode, equipped with both a radio alarm clock and sleep timer. In order to fill up the iPad’s screen real estate there’s a photo viewer. The problem is that it can only show a single shot at a time, either one of the four default options or a custom option from your own collection. It would be better if it acted as a gallery viewer, cycling through a number of images to provide some variety. As it is, it looks like the photo has simply been placed there to fill up empty space on the screen. In terms of choice of stations, Internet RadioBox is best of the bunch here. There’s support for RadioDeck, SHOUTcast and Icecast directories, meaning almost limitless choice. If you have a RadioDeck account, you can sync your favourite stations with the app. Multitasking is supported, meaning it will run in the background while you use other apps.

A sleep timer, the option to buy the music you’re listening to from iTunes and the ability to share links to stations via Twitter and email have been thrown in too, but that’s basically it. This is a nice app that gets the job done with few bells and whistles. For many people, that’s just what they’ll want. In addition to the RadioTime and TUNED.mobi directories of ‘normal’ stations, WunderRadio supports a wide range of police and emergency services radio scanners. Yes, if you like to break up your everyday radio listening with blasts of what the cops around the world are doing, this is the app for you. Quite why they put them in here is unclear but they can be a fascinating listen sometimes. That said, for the most part they’re pretty tedious.

In terms of design, WunderRadio is utilitarian at best, with just a listening history, a column for your favorite stations and details of the current station being listened to breaking up a mass of blue that fills the screen. At the top of the screen there’s a station search box which works as you’d expect, but also a ‘Web search’ that seems to do absolutely nothing. There’s no multitasking support yet either, meaning that the app simply stops working when you press the iPad’s main button. Given the price of this app compared to superior rivals available at lower prices, we can’t really recommend Wunder Radio. Finally we come to ActionRadio, which aims to combine radio with related video clips from around the web. Graphically, this is the best of the bunch. A colourful but slick interface fills the screen, with a station browser on the left-hand side of the screen. The emphasis here is on music, with genres as niche as ‘Space Age Pop’, ‘Heartache’ and ‘Sexy’ getting their own listings in the menu. Sadly, not all genres have any stations associated with them. So, if you wanted to find out what ‘Quiet Storm’ music is supposed to be, you’re out of luck.

Then we come to the videos. For almost every station that you listen to, ActionRadio displays a range of related videos in a ‘Coverflow’ browsing interface. Unfortunately, every single time we tried to play one of the videos, we were told ‘File not found’. Whether or not this is just temporary glitch we’re not sure, but it does make the one unique element of the app completely useless, at least for now. Another flaw at present is the lack of multitasking support – this app needs to be run in the foreground to work.

We can’t recommend one single app here, it really depends what you’re looking for.

For sheer choice of stations, Internet RadioBox has the edge, although for actually navigating them TuneIn Radio is far more useful with its map view making finding stations from your part of the world simple.

If you’re looking for an alarm clock replacement, Internet RadioBox get the job done with its full screen mode. Serious radio freaks will appreciate TuneIn Radio’s recording feature, while those with a passion for discovering new music will appreciate Tunemark and Action Radio’s genre-based approach.

Read next: Facebook profiles are getting a new look - going live tomorrow [Screenshot]