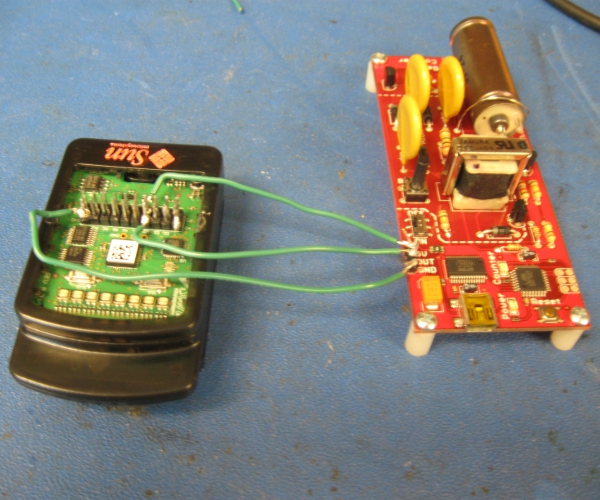 Expect Steve Jobs to bring this one up on a future earnings call: a new app in the Android Market for $1.99 called Secret SMS Replicator by DLP Mobile will – after it is secretly installed by someone that has access to your phone – forward all of your text (SMS) messages to any other cell phone number.

DLP Mobile makes no qualms about it: this is for suspicious significant others to spy on their mates, and they the developer didn’t attempt to build this for the iPhone because it knew it wouldn’t make it through the Apple App Store approval process. “The app is unique because there is no visible icon or shortcut to access it, so once it’s installed, it will continue to monitor without revealing itself,” DLP Mobile said in a press release.

In a press release today, Zak Tanjeloff, CEO of DLP Mobile said, ““This app is certainly controversial, but can be helpful to people in relationships where this type of monitoring can be useful.” In a phone interview with The New York Times, Tanjeloff told the Time’s Nick Bilton, “We can’t build it for the iPhone because it wouldn’t make it past the App Store approval process.” Yeah, we’d say. Obviously, this app could be used for other clandestine purposes as well – bosses spying on their employees comes to mind (not that we’re condoning any such thing, but it’s really not much of a leap, is it?).

So how do you fight back against this app? Well, according to Tanjeloff, “[keep] your phone close by, or make sure people trust you.” Swell.

Read next: Ah THAT'S where the Facebook friends icon comes from