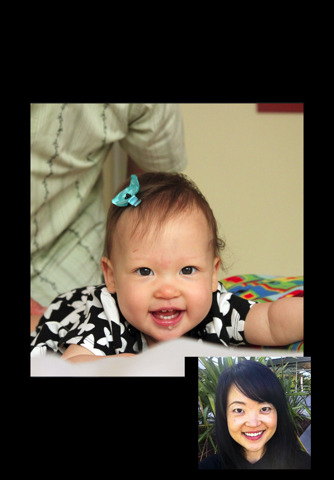 The new Yahoo Messenger iPhone app has hit the Apple App Store, and with it, perhaps the first real FaceTime competitor. The new app has both voice and video calling (and streaming) to other Yahoo Messenger users for the iPhone 3GS and iPhone 4. However, strangely, the app does not seem to support video calling on the iPod Touch 4G, which is pretty peculiar (at least according to the app description, we’ll reach out to Yahoo for confirmation).

In version 2.0, Yahoo has also upgraded the app for iOS 4.1 and can run in the background of the iPhone/iPod Touch. Yahoo recommends that video calling be done over WiFi. Also there are “low cost voice calls” that allow Yahoo! Voice Phone Out subscribers in the US, France, Germany, Spain and Singapore to call land lines and mobile phones.

Features that have carried over to the new app include IM of course, plus SMS messages, notifications and Windows Live Messenger contact integration.

So, is there any real chance that this could be a FaceTime competitor? Well, a lot of that will probably depend on the quality of the video calling (a few of the early reviews on the App Store page seem to indicate that it is good), and frankly, whether or not the iPod Touch 4G is supported. If either the video quality isn’t good and/or the iPod Touch 4G isn’t supported, then this app has no chance to be a FaceTime competitor.

However, if the quality is good and the iPod Touch 4G is supported (perhaps in the next update?) then there is an outside chance of this app becoming a hit – there are still many millions of people out there that use Yahoo Messenger daily, and the app has been pretty successful already if the 165967 ratings on the App Store – at  4 stars overall and 3.5 stars from 21 ratings for this version at the time of writing – are any indication (which of course they are). So we’ll certainly be looking forward to hearing your reviews in the comments.

Oh, and the other reason that this app could end not being a competitor: Skype could get around to having video chat as well, and that would probably be a bit of a death blow to Yahoo Messenger’s attempt to take on FaceTime.

Here’s some more screenshots of the app from the App Store page: