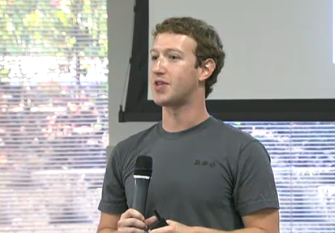 In an attempt to help solve what Facebook calls “the greatest social networking problem,” Facebook has today announced a mechanism to share just what you want with the people who care…easily.

In the announcement, Zuckerberg outlines the goals:

The idea is to take things beyond just “lists” which Zuckerberg calls putting together “brutal”, he continues “no one wants to make lists” and he’s right, only 5% of users make lists.

Facebook’s answer? An algorithm? Not quite. It’s a social solution.

What is the social solution? A brand new Groups product lead by the founder of the recently acquired Hot Potato.

Groups is a shared space featuring photos, group chat, e-mail lists, events and more – in many respects along the lines of what Friendfeed’s groups provided . According to Facebook, the overhauled groups feature is “a simple way to stay up to date with small groups of your friends and to share things with only them in a private space. The default setting is Closed, which means only members see what’s going on in a group.”

Read next: Zuckerberg: "Facebook is, I think, the most used events application on the web."