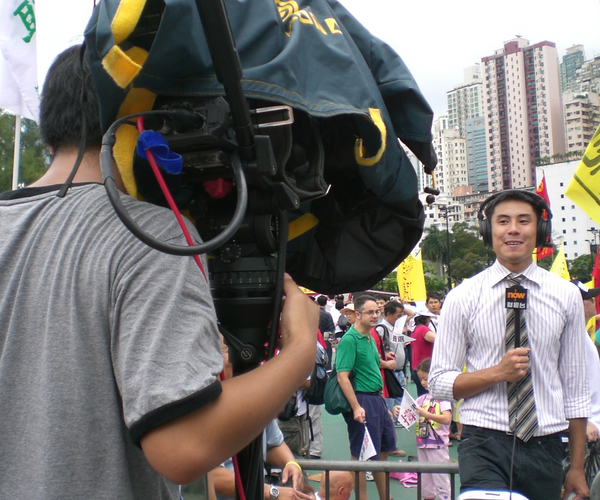 One of the great parts about spending a week in San Francisco is the chance to meet with startups who just happen to be in town as well. This past Tuesday, I had a chance to sit down with the CEO behind ScribbleLive and pick their brains about the future of media reporting.

The first thing to understand about ScribbleLive is that it’s not a feature set. It truly is a ground-up platform that has the intent of changing the way that you report news. For years, the fastest thing we’ve been able to do is simply type in information as it happened and then push a publish button. While that is quick, it holds no candle to ScribbleLive.

ScribbleLive is a Toronto-based company that is helping reporters and news agencies to leverage the tools that are available to them. Cell phones, text messaging and even email have become viable options for reporting and are given the utmost protection via SSL within ScribbleLive.

While I could talk about it for days, the best thing to do is to give you a peek at the power of what it can do:

When Canadian news agency GlobalNews covered the G20 summit, it started out quietly enough. As you can see from the early reports, SribbleLive pulled in Twitter feeds, photographs and comments.

As time went on, however, you’ll remember that things got heated at the G20 summit. As they did, reporters were able to call in the happenings instead of having to take the time to write them. This information was then posted to the site in real-time, offering an “on the spot” feel of the events.

So what does this mean for other news outlets, even including TNW? Essentially it marks a disruption in how we report the things that we find. While we here at TNW might be at a conference, typing up reviews, we could also then add on-the-fly interviews as simply as talking on the phone. ScribbleLive eliminates the need to upload data and then embed it (though that option is still available) by handling all content management for you.

As I sat with the SribbleLive team, I was hugely impressed by how in depth the service could be. Here are a few of the points that caught my attention the most:

While ScribbleLive has been around for a bit, it was never “officially” launched. It’s done amazingly well, however, and has been picked up by sites such as The Score, Reuters and others…that we can’t talk about just yet.

The reason that we’re talking about ScribbleLive today is two-fold. First off, it’s an impressive platform. It truly does what no other single solution has been able to do. The second reason is that this is a re-launching, of sorts, and ScribbleLive is announcing a few features that are going to be huge.

The greatest part? It does all of this while still playing nicely with other CMS platforms.

I could literally go on for hours telling you about the features of ScribbleLive and how important it is for news reporting sites, but the best bet is to give it a look for yourself. The people behind ScribbleLive are passionate, and that passion shines through in their product.

Read next: Is The BlackBerry PlayBook A Marketing Charade?