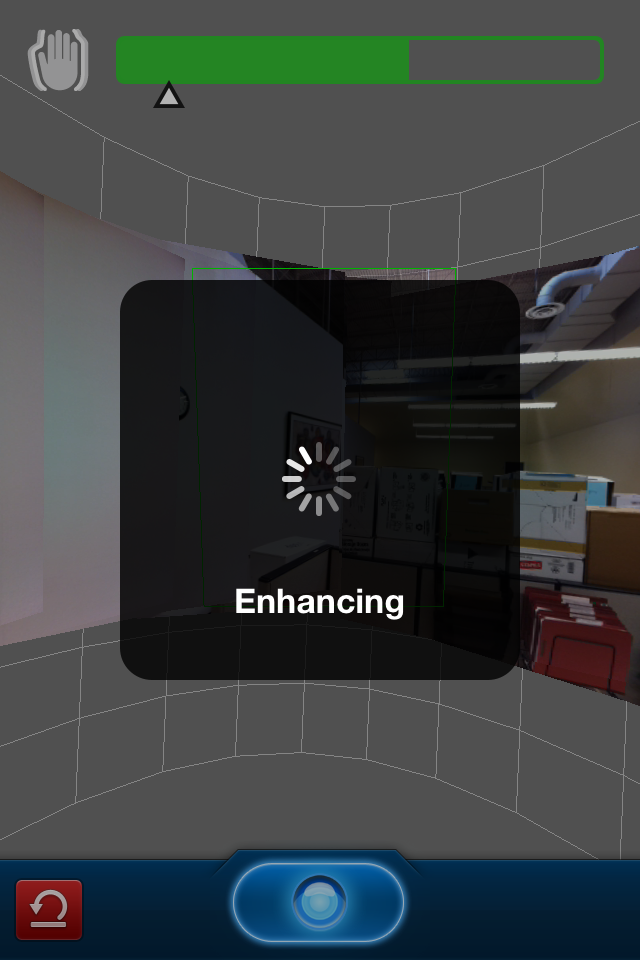 360Panorama version 3.0 was the first iPhone app of its kind to offer users the ability to create a fully immersive, 360 degree, interactive panoramic photo in under 30 seconds.

Using the iPhone 4’s gyroscope to fill in missing frames while tracking a user’s motion, a panorama is captured after launching the app, tapping the screen and panning your iPhone in any direction.   Your panoramic photo is created in front of your eyes, no stitching required, sharing it in a multitude of ways.

360Panorama, already splendid, with today’s launch of version 4.0 has taken its app to another level with new features and a new way to explore geolocated, immersive, 360 degree images captured by others, 360VERSE.

“You won’t see this right away, but as our servers learn to do a better job synthesizing, you’ll see your panoramas improve over time instead of remaining static.”

360VERSE is an equally massive addition to 360Panorama:

If you love photography apps, and great ones at that, 360Panorama is more than worth the $1.99, but is $.99, today only!  Pick up the app here and begin sharing your panoramas with the world!