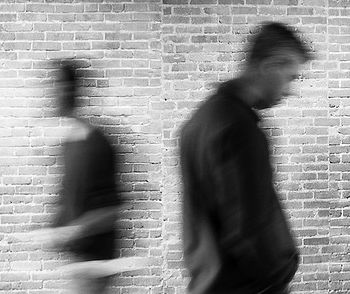 When Chatroulette took the Internet by storm earlier this year there was much talk about its potential as new type of video chat service. However, by the time version 2.0 launched recently we declared that “The joke’s worn off” and argued that it was likely to forever remain the home of exhibitionists, perverts and voyeurs.

However, that doesn’t mean that another “chat with random people” service couldn’t slide nicely into the mainstream. One site hoping to offer exactly that cleaner take on the Chatroulette model is BlurryPeople. The basic premise of the service may seem a little silly at first, but bear with me…

BlurryPeople is essentially Chatroulette, but with the difference that the people you chat with are blurred when you first see them. Over time they gradually become clearly visible. The idea is that if the person at the other end is up to something you’d rather not see (all too common on Chatroulette) you can click away to a different chat before you get a complete view. On its own this might not seem like much, but BlurryPeople has been designed to offer a safer and more user friendly than its notorious competitor. You know what? It might just take off.

After each chat you’re given a chance to rate the people you see on their friendliness, how interesting they are and how good looking they are. These ratings are then used to allow users to filter the type of people they want to see. So, you could narrow down to only see ugly but friendly men in their fifties, for example, or attractive and interesting women in their twenties (hey, different strokes for different folks!).

BlurryPeople has been created by the team behind Dutch dating site Paiq.nl and it’s no surprise that they are planning to develop and monetize the dating potential of BlurryPeople.

The problem the team may face is that chatting to a blurred-out person can be a little disconcerting at first and may put off some first time users. There’s no potential for eye contact, making it more like an audio chatroom, at least until the blur clears. Still, as an example of how the ChatRoutlette model can be cleaned up, BlurryPeople excels.

Read next: Placing your bets on Google TV? Here's the spread.