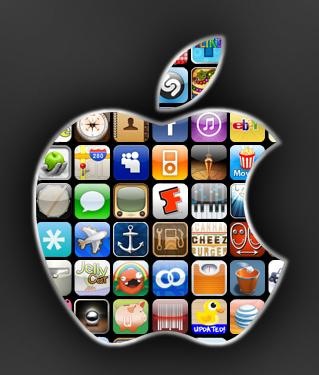 Even more amazing were some of the facts and figures laid out for the viewing audience by Apple CEO Steve Jobs (paraphrasing):

Pretty startling numbers.  But what of Apps?

According to the Keynote, the iPod Touch outsells Nintendo and Sony portables combined and has resulted in billion and a half game and entertainment downloads.

The figures equate to:

The real interest from the Keynote for me came from the unveiling of Apple’s Game Center. “Game Center is all about multiplayer games. You can challenge your friends or they can challenge you, and if you don’t have any friends we’ll match you with someone.”

One of the games featured at the event included the wildly popular Angry Birds, complete with a leader board and more.

Another featured game? Project Sword.  Described as, ” a gorgeous action packed RPG adventure. Everything you see is in realtime.”

With so many iPod Touch, iPhone and iPad devices sold, Apple is taking its portable device prowess, to a whole new, interactive, squarely focused on apps and gaming, level of dominance.

Further, don’t overlook the importance iAds (which will no doubt find their way into some of these games), and the social nature with respect to these new games and apps.  One can expect Apple to further reap the revenue benefits realized from sales of its devices and apps by expanding the adoption of new games by those who previously did not play, and through its device and app pricing, which undercut both that of Sony and Nintendo.

What do you think?  Do today’s announcements propel Apple ahead of all other portable gaming companies?  Why/why not?

Read next: The 8 Bit Mixtape