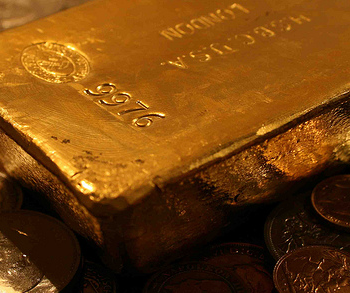 Realtime social search is a fast-growing part of the web but is there room for another competitor? The team behind new search engine 48ers thinks so.

Services like OneRiot and Topsy are carving out a niche by helping to make sense of what’s happening online right now. Google is serious about realtime too; only yesterday it gave its social search results their own page and some new tools.

Recently entering the fray, 48ers claims to be faster and return more results than the competition. Its interface is clean and easy to understand. Simply enter a search term and after a short wait to return results, it brings back the latest updates from Twitter, Facebook, Buzz, Digg and Delicious.

The standout feature is the ability to quickly filter by source. What are Facebook users saying about the latest hot news story compared to Twitter users? With 48ers it’s easy to see. There are also quick links to trending topics and common ‘useful searches’, such as “Breaking news” and “% discount” for helping to find deals.

UK-based co-founder Mike Whyley says that 48ers returns more results than OneRiot and Topsy. Our tests appear to confirm that claim, certainly in terms of the speed that they are returned. It’s worth noting, though that 48ers is concentrating purely on tweets, status updates and other microblog-type updates, whereas OneRiot and Topsy return results from the broader web too.

As for Google’s latest move in this space, Whyley isn’t concerned. “Based on our testing, their results are still not as ‘realtime’ as ours so we still feel that ours offers a competitive advantage here.” At The Next Web, our tests found them to be pretty much on a par in terms of recency of results, with Google being faster to load initial results. Besides speed, the choice between the two comes down to the type of filtering you prefer. 48ers can filter by source service, while Google offers location, recency and images as filters.

For the future, Whyley says they have some interesting plans to develop 48ers with sentiment analysis, an API, alerts and location search. “We also have (in development) what we hope will be a great feature which is allowing a filter which allows users to ‘filter the noise’ – so that the more prominent realtime discussions and comments around a brand or particular term rise to the fore.”

As for the unusual name? There’s a bit of a story there. Whyley explains: “The Californian Gold Rush began on January 24, 1848 at Sutter’s Mill, in Coloma, California. Some of the earliest fortune seekers were known as the ’49ers’, but the very first pioneers were known as the ’48ers’. These gold-seekers uncovered nuggets of gold worth thousands of dollars. We named our service after them as our aim is to help our users find nuggets of gold from conversations across the web.”

So now you know. 48ers is in beta and open to use now.