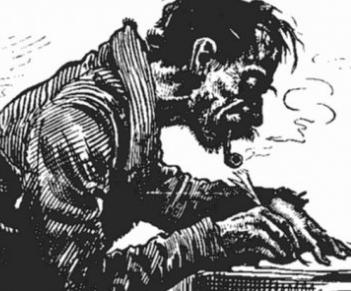 Announced today along with its TechStars brethren, Kapost is looking to shake up the online content world by giving power to the readers. The company works to bring a blog’s community into its writing process, promising publishers “more content, better content.”

Half of that is certainly true. Kapost is a tool that allows readers of a certain publication, their example is a soccer blog, to write and submit their own content to the publication. It is then placed on the side bar of the website, where it can be viewed and voted on by the other readers. If a post gets enough votes, the real writers are alerted, and they can then move that post to the front page of the blog.

To get a good idea of the process, watch their video:

Assuming that your readers are not complete hacks, and the voting system is not gamed from day one, this could be an interesting way to leverage readers from being mere consumers into partial contributors. Anyone who edits content does know the difficulty that it brings, however. Under experienced writers can often require more editing time than they are worth.

That is not always the case, and Kapost in fact brings value with nearly no input from the website using it. You never have to promote the reader content to the main page, right? Kapost could therefore become a user water cooler where individuals can write and speak their minds. Think of it as an expanded comment section. The content being placed on the Kapost section of a big site gives it visibility, meaning that armature writers have access to a ready-made audience, something that they could never have on their own.

Best of all, if some user sourced content is worth publishing to the main website, it is free content for the site to use. The only way for a site to lose using Kapost is if the reader section becomes buried in spam or other inappropriate content that becomes a distraction. Any community manager worth their salt should be able to keep that down to a small problem.

Before we look at what Kapost costs, it should be noted that Kapost is nothing like the  HuffingtonPost, as Scoble and TechCrunch seem to think, at least not from my experience. I write religious commentary on the occasion for HuffPo, and their blogger backend is nothing at all like this company. Not a good or bad thing, just an observation.

Kapost has a number of plans, ranging from free to hundreds of dollars a month depending on how many contributors you intend to have and what kind of ancillary services you require.

Kapost is slick participatory publishing, and I fully expect their idea to take off. This is one of the best things to come out of an incubator in some time.