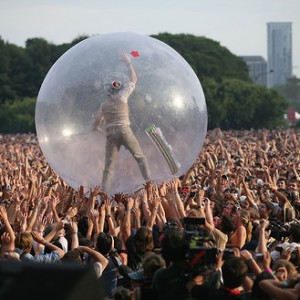 Love It: Crowdsurfer is about nothing more than straightforward, targeted, interaction.

Hate It: Barclay’s Premier League app not yet out.

Crowdsurfer, from We Are Apps, is a line of free, social networking, apps which lets you use your Twitter account to tweet with other people at an event itself.

All you have to do is sign-in, geo-locate yourself and join in the banter. Join in whether you’re trackside or not.  According to the developers, “It’s not about being a mayor or a boss of a venue. We’ve kept this simple – it’s about the banter and nothing else.”

At present, the first Crowdsurfer app released is Crowdsurfer – Superbikes, which takes bike racing interaction to a grand new level.

With Crowdsurfer – Superbikes, one can also keep up with any bike-based banter before, after and anytime in between, thanks to Crowdsurfer’s tracking of all related tweets, all the time.

One of the truly great things about Crowdsurfer – Superbikes, and their forthcoming apps for other events, is there’s no worry if you can’t make it to an event.   The app provides views of other spectators, allows you to follow their tweets and give your own opinion. It’s definitely the next best thing to being at the event!

Not into Superbikes?  First, why?  And second, get ready for all the new Crowdsurfer apps soon to be released, including:

One thing that would make Crowdsurfer apps otherworldly would be an augmented reality feature.  Fingers crossed that AR will make its way into future updates.

What Crowdsurfer app are you most likely to use and consequently, can’t wait for the release of?

Read next: KeyTweet is an interesting way to bring relevance to your Twitter feed.