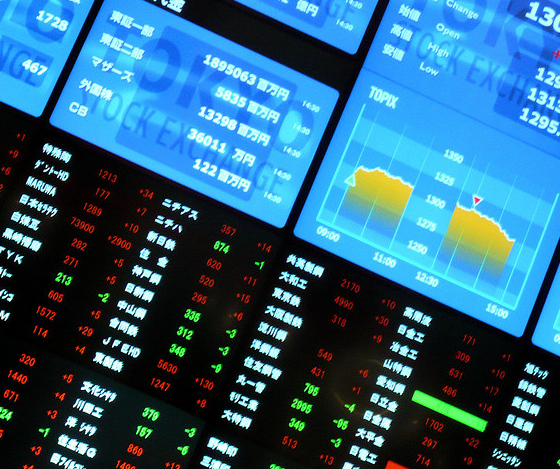 Have you ever wondered how much you’re “worth” in the world of social media? Empire Avenue is a new stockmarket game that attempts to answer that question by making you the stock and allowing people to “buy” shares in your future popularity online.

Read on for our review and the chance to get using it before it opens to the public. After signing up you can connect your social media accounts to the service. Twitter, Flickr and Facebook and your own blog’s RSS feed are currently able to be hooked up with more services to follow.

Once you’re hooked up, Empire Avenue will start tracking your personal ‘share price’ for you based on your use of social media. The more ‘influential’ you are on Twitter, Flickr and Facebook, the more valuable you are on Empire Avenue. The startup is keeping details of exactly how it calculates influence close to its chest but say they are constantly adjusting the balance of activity, reach and engagement on supported social media services. The popularity of your shares (how many are being bought or sold) will affect your price too.

The game uses a virtual in-game currency called ‘Eaves’ which to allow you to buy shares in other users. The trick is to pick a bunch of users you think have rising influence and invest in them. Assuming you’re right and their share price does well, you’ll earn a dividend of additional Eaves. You can also spend Eaves on in-game ads to persuade others to invest in you or other ‘upgrades’ that allow you to upgrade you account in a number of ways. Empire Avenue has been put together by a team consisting mainly of staff who met while working at highly respected Canadian game development firm BioWare. As a result, it’s not too surprising to see Xbox-style unlockable achievements make their way into the game.

Just as with Foursquare’s badges, achievements come quickly in the early stages of play. You can earn achievements for your first trade, filling out your profile etc although there are many more to be earnt the more you use the game, with some hidden ones to be found too.

While it’s fun to buy and sell shares in people and to see your value (hopefully) rise, it does feel at the moment like the whole thing isn’t quite finished. Where is the pay-off? You can amass virtual currency through dividend payments if you play well but that doesn’t feel quite enough of a reward since you can’t currently spend them on anything except more investments or self-advertising within the game.

Empire Avenue CEO Duleepa (Dups) Wijayawardhana tells me that there’s a lot still to come with the service that will help make it a more rewarding experience. “We have only realized a small portion of our dream and vision so far”, he says. Empire Avenue plans to allow users to convert their success at the game into real world rewards. “Still to come is how to use all this virtual currency and influence to benefit you in the real world, through actual earnings or otherwise.

“We want to create a self-sustaining online economy where you get real-world rewards for what you do online.”

While not a fully-rounded experience just yet, Empire Avenue is certainly an interesting, intriguing idea with lots of potential.

50 invites for our readers

Empire Avenue opens for all on Wednesday this week (28 July) but if you’d like to try it today, you’re in luck. Empire Avenue has kindly set aside 50 invites for The Next Web readers

Just email [email protected] with ‘TNW’ in the subject line and as long as you’re one of the first fifty, you’ll be selling shares in yourself in no time.

Read next: This Is My View On Self Help Books