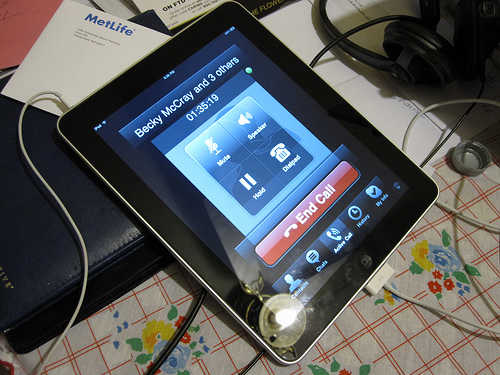 Skype has, today, officially released its SDK called SkypeKit into the wild.  What’s that mean for you?  Look for Skype integration on a world of new products very soon.

Though Skype has become more common in mobile handsets, the release of an official SDK (according to a story by TechCrunch) will allow developers and manufacturers to have deeper Skype integration than what is already available.  At the moment, most everything is either developed by Skype, or pulls from the Skype API.

According to Jonathan Christensen, Skype general manager, the SDK is very similar to what Skype uses internally.  Presently, it’s Linux only, but Windows and Mac support are in the near future.

The other beauty feature of the announcement is the release of Skype’s SILK audio codec as royalty-free.  According again to Christensen, Skype’s idea is to have SILK be a common codec.  For this, we couldn’t possibly be happier.

So where should we see Skype ending up?  TechCrunch states, and we agree, that the first places will likely be mobile OS and tablet systems.  As we become a society on the move, communication is always key.

Of course the question is where Skype will pop up next.  How far will the SDK allow people to drive it?  Will developers be able to create entirely new Skype products, or will it limit them to providing only Skype functionality on items that already exist?

Give us some discussion on this, and let’s see where it ends up.