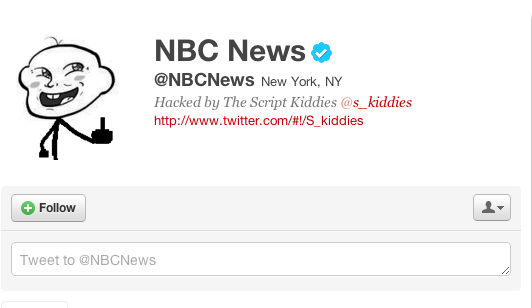 I’ll have to admit to having a difficult time writing this post.  I’ve had a generally nice email conversation with one of the developers behind FAROO, a search engine run entirely peer-to-peer, and I see some amazing things that could happen.

But I’m also seeing an idea that might never float because of the end user to whom it’s being pushed.

The idea is pretty simple, yet complex to accomplish.  Peers across the Internet join into a network via local software.  You can enter a search subject and get nearly real-time results from across the world, without taking much into consideration for SEO.  The end result is that you find what’s relevant based on what people are talking about, instead of any optimized algorithm.

The technology works just like any other peer-to-peer network.  Each computer (or peer) hosts a bit of information.  When requested, that information is transferred to whomever asks for it.  It’s a very efficient, very fast way of sharing information.  Perfect for real-time results.

There are a number of difficulties with this.  Latency is probably the largest, according to Bernard Lunn, from FAROO.  Lunn says that FAROO has overcome the latency issue, as well as the “we need X amount of users for this to work” issue.

In fact, according to the FAROO blog, there are nearly 2 million peers running the network.  This, from what I read in a PDF white paper from FAROO, is enough to ensure that relevant results would remain in the stream for 120 years, given standard join and part patterns of users. It’s honestly an amazingly good product, with some very interesting results.  The best way that I know to describe what you’ll find is to imagine reading a news site, but having the entire Internet contribute to it.

But then, there’s the problem.  I approached Lunn with some thoughts, and his answers have me a bit concerned.

The first thing I asked was how the results stacked up to the usual suspect search engines.  Lunn made no bones about tossing those usual suspect results out the window, in favor of P2P results, and I can see his reasoning.  But even if the results of P2P are more accurate in a real-time format, sometimes I want to know a trusted source instead of a crowd source.

I then asked if FAROO was being marketed to, and able to be included with, a major search provider.  Lunn states that he sees FAROO as a disruptive technology, and therefore it is not being marketed toward anyone.  This leaves the entire future of the project (at this moment) in the hands of the user.

It is this thought that leaves me with the most concern.  Right now, we’re seeing a paradigm shift toward could-based devices.  Many people have already given up on desktop machines, in favor of lighter and more mobile choices.  But with that shift comes a lack of resources for peer-to-peer networks.  It was this fact that I had in mind when I asked about the idea of shopping FAROO to a major search provider.

Lunn’s response is not surprising, given what FAROO is fighting to do.  However, it is this same response that leads to my overall concern for the lifeline of the project:

There are hundreds of search engine startups, but only FAROO is fundamentally changing  the core search infrastructure, which has not been changed for 15 years.

I can see his argument, quite clearly.  I think it’s a well-versed one at that.  However, I also think that it’s far too early in the P2P search game to rule out a hybrid-style engine provided by Google, for instance.

Peer-to-peer search has some huge advantages.  Not being reliant on a single (or even multiple) data centers can clearly free up a lot of concern.  Real-time, socially relevant results do indeed have their place for my own use, and I’m sure they would for others as well.

But if you’re relying on the world at large to be your network, and nearly refusing to entertain the idea of hybrid technology, I think that you’re going to kill your company’s shot.