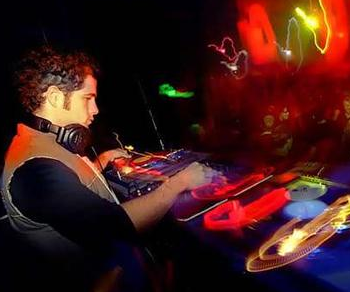 Of course, not everyone wants to exploit internet technology to allow for music piracy. No, in fact some companies wish to employ the best parts of the internet’s distribution abilities to promote and share music legally. 22Tracks is doing just that, combining music discovery and content curation into a potent web application that is surging in popularity in Europe.

22Tracks is a tool that lets 22 top DJs select 22 songs from a specific genre that are collated into a playlist that is available on the website. If you like a track that you hear you can tweet that you are listening to it. You can also purchase it from an iTunes link that is placed next to all songs.

What Is The Draw?

Why did 22Tracks win both the Best Business To Consumer and Public Vote awards at the most recent The Next Web conference? 22Tracks is a potent mixture of curation and music, two of the most popular things in the world. People who truly know music select the best songs and build you the best playlists that you can listen to for free, creating a wonderful user experience. That 22Tracks was a hit with the attendees and judges is hardly surprising.

Whether you are a hardcore music fan or not, the quality of the playlists is hard to deny. 22Tracks also helps you to expand your musical horizons by offering up a plethora of musical styles. While they tend to be dance oriented, there are bands and groups that you have never heard of that once you uncover, you will love.

And of course, the website has the buzz factor on its side. Founded by a DJ, the cool and the hip are going to spread the site in a massively viral way. Right now, though, you are most likely the first of your friends to know of it, so you are the cool, hip person to talk about it first.

How Does This Make Money?

Remember those iTunes links? The company receives a cut of the money from song sales. While that takes a long way to add up, it will grow as the company’s usage rises.

That revenue stream (more a trickle) might pay the server bill but without some other form of income the company is never likely to reach a serious level of profitability. Does the company have anything else up its sleeves?

22Tracks announced a television deal at the conference, which will both broaden their audience, but should also open new revenue opportunities for the company.

The deal will see the company selecting the “22 best brand new videos, will be an on-demand service available to over 2 million homes, through a deal with Xite and UPC,” according to our own Tim Difford.

The company will eventually expand out of its current home into a more international product incorporating DJs from around the world. All I can hope is that 22Tracks finds DJs into heavier music, there is not one lick of Slayer to be found.

The company will be releasing an iPhone application this May, which should burn up the charts when it is released. No plans for Android are known at this time.

22Tracks is breaking new ground in both music and the world of the internet. If you haven’t, you need to check them out. After all, you always need music to get you through the work day, so go listen.