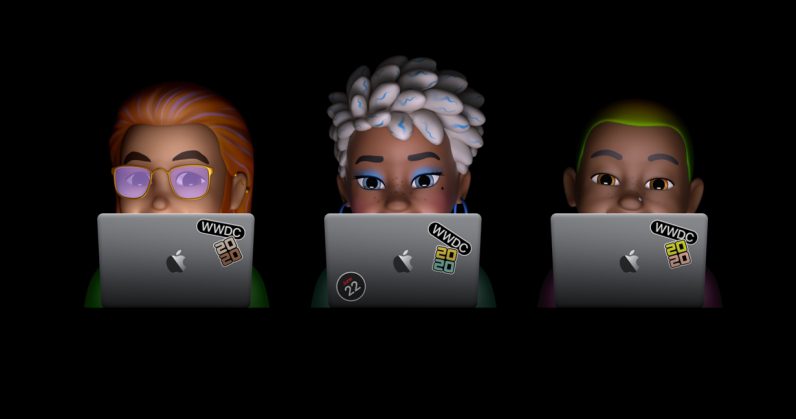 For the first time in years, the auditorium where Apple holds its developer conference will be empty, and there won’t be any thunderous applause as Tim Cook walks on stage — unless Apple simulates it like football leagues have.

The coronavirus pandemic has forced the company to hold its first online-only Worldwide Developer Conference (WWDC). Last month, Microsoft held its Build conference in a similar fashion. So, we’ll get to see how Apple does it.

It’s also the first time in years that announcements related to the Macs will take the center stage, instead of iOS. Here’s what we expect Apple to announce at WWDC 2020:

Transition kit from Intel to ARM processor for Macs

Earlier this month, Mark Gurman from Bloomberg reported that Apple is going to announce its move to ARM Macs at WWDC. Earlier this year, analyst Ming-Chi Kuo said that the company will release ARM-based Macs in 2021. WWDC will set the stage for developers to move their apps to the new platform.

Apple has given us hints about this with programs like Project Catalyst, which lets you easily port your iPad app to Mac with some changes. But now we might see full SDK (Software Development Kit) support and new APIs to make app development for Macs based on ARM-architecture possible.

Last time around, when Apple made a transition from PowerPC to Intel, it provided developers with reference hardware to make the transition easier. We’ll have to wait and see if the company releases a cheap Mac Mini-type hardware for developers.

iOS 14 and iPadOS updates with the new home screen

According to reports, the good news is that all devices that supported iOS 13 will also support iOS 14. So let’s get down and dirty with rumored features coming to this new version.

A story from 9to5Mac, which obtained the leaked code of iOS 14, says that Apple will revamp the home screen with an option to view all your apps in a list. That’s a very easy way to see all your apps than in an icon grid view, and you can even get rid of the ones you don’t need. The list view will also have smart suggestions based on your location and time of the day.

Apple might also debut its new AR app, called Gobi, that’ll scan colorful new special QR codes from the company. Plus, the iPhone-maker will add new features in its Find My app to include sound and vibration cues to help you locate your device.

For iPadOS, Apple is expectedly bringing cursor support smart keyboard attachments along with compatibility for gesture control. In addition to that, the company is rumored to introduce OCR support for Apple Pencil — that means you can use any input through your handwriting.

Apple Watch is one of the most sold watches in the world, and some kids probably want it too. That’s why Apple will expectedly release a Kids Mode in the upcoming WatchOS 7. This will give parents control over what apps their children can use and during what time period. Plus, Kids Mode might be a feature for tvOS as well.

One of the most noteworthy features Apple could launch today is blood oxygen tracking. Now, don’t expect your Apple Watch to replace your doctor, or medical devices approved by authorities. But it’s for general health tracking and letting you know when the levels are too low so you know when it might be wise to consult a doctor.

According to reports, Apple might also bring sleep tracking to the Apple Watch. This might entice more people to buy Apple’s smartwatch rather than fitness bands. Personally, I’m not too sure I’d be comfortable wearing a watch or a band while sleeping.

There might not be by any major tvOS announcements, but it’ll expectedly get a dedicated audio output option, so you can mark your home audio system default output.

In the last few iterations of WWDC, we’ve seen hardware reveals such as the Homepod and the Mac Pro. This year, Apple’s rumored to release a new iMac with thin bezels, T2 security, chip, AMD Navi GPU, and SSDs in all models.

The Cupertino-based firm might also release long-rumored AirTags — the company’s smart tags that make it easier for you to find things. These will integrate directly into your Find My app. However, recent rumors suggest that Apple might not announce any hardware at the event.

Read next: Growth is sexy, but not its ingredients: Retention and operations