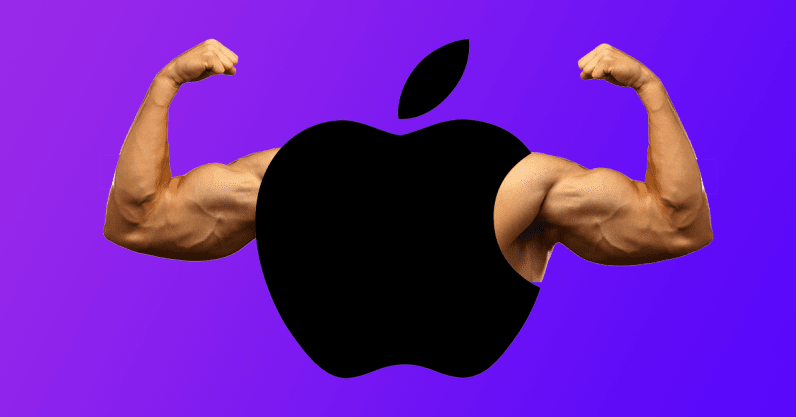 Apple’s holding its Worldwide Developer Conference (WWDC) on Monday, and it’s all virtual this time because of the coronavirus pandemic. Another thing that’s different this time is that everyone’s talking about one thing that’s more important than new iOS features: Apple’s transition from Intel processors to ARM processors for its Macs.

Rumors of this started a long time ago. In 2018, Bloomberg reported that in a couple of years Apple’s going to use its indigenous ARM chips for Macs and ditch Intel altogether. Later that year, analyst Ming-Chi Kuo supported this rumor by his own prediction. In February, Kuo said ARM-based Macs are coming in 2021.

So, we might not see any hardware announcements, but we’ll see Apple making platform announcements, paving way for developers to move their apps to a new Mac architecture.

Macs have existed for 36 years and there have been two transitions of processors till now. In the 90s, Apple switched from Motorola’s 68k chips to IBM and Motorola’s PowerPC processors. In 2005, Steve Jobs announced another transition to Intel’s x86 processors. It’s been more than a decade of Macs running Intel CPUs. But now Apple is prepared to move towards ARM to make laptops that are lighter and probably offer better battery life.

When Jobs announced the Intel transition, he also unveiled a new $999 developer kit: Macs with Pentium-based motherboards inside PowerMac G5 cases running a special version of Mac OS X. When developers returned these kits, they got a first-gen iMac in exchange. Jobs also announced Rosetta, a technology that allowed PowerPC-based apps to run on Intel-based Macs smoothly.

Apple started to pave the road for the transition last year when it announced Project Catalyst. As a part of that, Apple provided a set of tools for developers to migrate their iPad apps to Mac, but it still requires some work to tweak the app. So these apps may share most of the codebase, but the final compiled binaries are different. I talked to a bunch of developers to find out how Apple expects to handle this transition.

Peter Steinberger, the founder of PSPDFKit, said he expects Apple to announce ARM-based hardware in Q4, and that’s when apps that share code with iOS will be able to share one binary file for their Mac counterparts:

I expect Apple to release ARM-based hardware in Q4, running macOS 10.16. Existing apps will keep working with a binary translator; they will enforce ARM binaries in September, and for most Mac apps it’ll be easy to compile to ARM64. Apps that share code with iOS already compile to ARM, so that part should be easy.

Indie iOS and Mac developer James Thomson says that he and his team won’t have to do much work on the software side. They’ll probably have to recompile their apps with the new version of Xcode. He added that the team has already got core code on ARM for the iPhone version, so the transition will be smooth.

Thomson believes most developers today work with modern codebases that can run on multiple types of processors. App developer Guilherme Rambo also thinks on similar lines. He said that most apps today work on a high-level, so they’re not dependent on the underlying architecture or platform.

There’s the question of transition hardware as well. There might be some rumors of an iPad being used as hardware for the shift. But, John Gruber has waved that possibility off on his blog. He said Apple sees iPads and Macs as different platforms, and iPads have only 6GB of RAM as compared to 8GB or more offered by Macs.

Gruber believes Apple might release a Mac Mini or an iMac with ARM chips, and rent it to devs — just like they did in 2005. Or there might be a special reference Macbook in the offering.

Noted developer Steve Troughton-Smith told me that he wants Apple to release an affordable and compact transition kit:

I hope Apple’s dev kit is cheap and accessible, because I know I’ll want one! Last transition they built a desktop tower housing an Intel chip, but it’s hard to imagine them going that route again this time — Apple’s only just released its first desktop tower since 2012 after all, because it doesn’t think people need that kind of form factor.

Steinberger said we’ll likely get a remodeled Mac Mini, or if Apple is bold, they’ll release a reference version Macbook Air or the 12-inch Macbook.

What will big apps do?

There are still some questions as to how Apple might handle some heavy-duty stuff. While simpler and relatively smaller apps might have an easy time moving from Intel to ARM, we don’t know how Apple will handle the transition of apps such as Adobe Photoshop.

In his blog, Gruber noted that virtualization software such as VMWare or Boot Camp utility that lets you run Windows on Macs might face problems running on ARM-based Macs. And even if Apple will provide an emulation mechanism the performance will not be up to the mark.

Former Microsoft executive Steven Sinofsky noted that Apple might release a new compiler that will handle the transition.

12/ So the question is really what app model/APIs will run on an ARM mac. Many believe Apple will simply release a new compiler that will take existing i86 apps and compile them to ARM. Boom. Magic. Apple has a new Mac with their own chips.

He also believed large apps such as Adobe Premier or Microsoft Office will have to follow Apple’s lead and “Express themselves” through a Catalyst version. Sinofsky also suggested that it might take a long time for these apps to be ported to Macs with ARM architecture. And they should have an incentive to do it for a large userbase.

Apple’s potential move to ARM-architecture is exciting, but it won’t be sudden and it won’t come without its own cost. Microsoft has already tried this transition, and while they might not have a large developer base working on ARM-based apps, it’s early days for the Seattle-based company.

We might not see an ARM-based Mac for consumers right away. But at WWDC, Apple has an opportunity to set a framework that can ensure when consumers get one, everything is smooth and secure.

You can follow all our coverage on WWDC 2020 here.