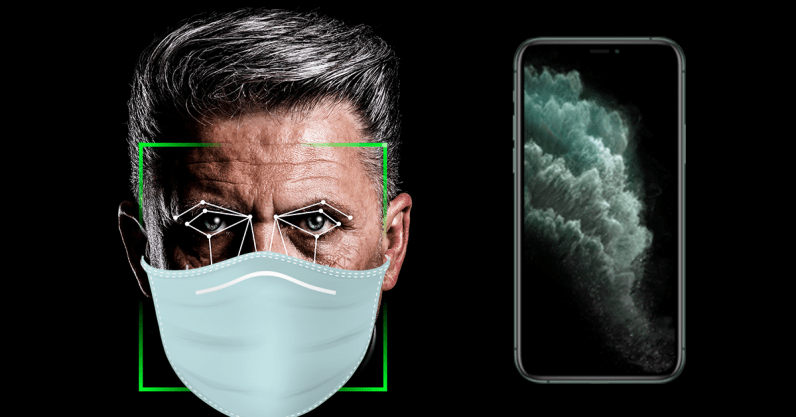 Apple has started rolling out the iOS 13.5 update for iPhones last night. It brings one of the most sought after updates in the time of this pandemic — the ability to easily unlock your phone while wearing a face mask.

The iPhone-maker hasn’t developed any technology to make Face ID work when someone’s wearing a face mask. But when the Face ID system detects that you’re wearing a mask, it instantly tasks you to the passcode screen, so you don’t have to wait for the face detection to fail.

Thankfully, to use this feature you simply need to update your iPhone to iOS 13.5. To do that, go to Settings > General > Software Update, and download the latest version. Once you’ve updated your phone, try wearing a mask and unlocking the phone. You’ll see the screen to enter your passcode straightaway.

[Read: Apple’s next iPhone may not come with EarPods so you can buy AirPods instead]

Apart from this useful feature, Apple’s also rolling out its coronavirus notification exposure API built along with Google. You can’t use this API by turning on a toggle on your phone. Your country’s or state’s government will need to build an app using the API first for you to take advantage of this feature.

Both of them are significant updates in these tough times. However, easier unlocking while wearing a face mask is a feature that would help a lot of people daily. Just half an hour ago, I went out to buy some groceries and tested this feature. It works like a charm.

On the other hand, my colleague Callum still believes Apple should bring Touch ID back — maybe through an under the screen sensor. Are you listening Apple?

Read next: Signal introduces PINs to safely transfer your data between devices