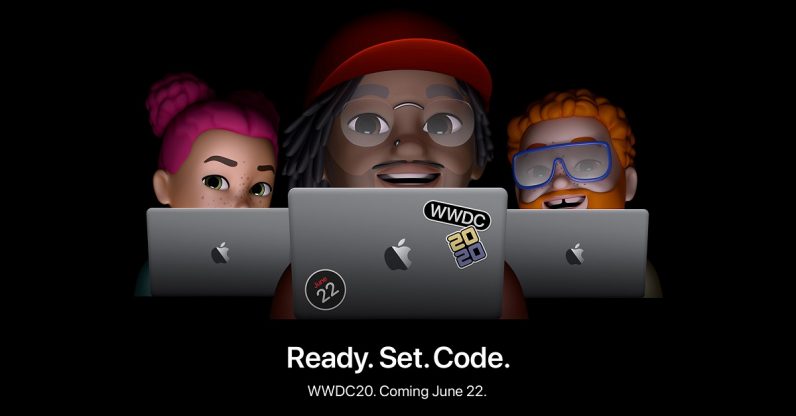 Apple today revealed the exact date of its virtual 2020 Worldwide Developers Conference. The event, which will be entirely online for the first time in order to accommodate the social distancing protocols necessitated by the coronavirus pandemic, will begin on June 22.

WWDC will be free this year for all developers through the Developers website and the app of the same name. That makes it somewhat more accessible than previous WWDCs, which required developers to purchase tickets. Apple’s keeping a lid on some of the details — such as “keynote and Platforms State of the Union details, session and lab schedules” — until the month of the conference. Hopefully we’ll hear more about how the conference will work beyond just the places where we can watch.

Apple revealed the conference will include previews of just about every new kind of software it’s been working on, saying in the press release the show will include “the future of iOS, iPadOS, macOS, tvOS, and watchOS.” Chances are good we’ll be seeing something about iOS 14, of which bits and pieces have leaked out in the lead-up to the conference.

Other than the usual, Apple’s also hosting the Swift Student Challenge, in which students can create an interactive scene in the Swift Playgrounds app and submit it before May 17. The winner will receive a jacket and pin set. Craig Federighi, Apple’s senior VP of software engineering, said of the Challenge: “As we look forward to WWDC20, although our gathering will be virtual this year, we want to recognize and celebrate the creative contributions of our young developers from around the world.” If you’re interested, you can apply here.

Apple’s not the only company replacing their traditional in-person conference with a virtual alternative in the age of COVID-19. Microsoft recently revealed it’s taking its Build conference virtual. Electronic Arts is replacing its E3 show with a virtual EA Play. I’d be curious to see if this is something companies continue when the situation is not quite so dire. Who knows, some of the companies might decide the effort of getting its whole kit and caboodle into a physical venue isn’t worth it.

But we’ll have to see how well it works out for Apple come June 22. You can either view it on the Apple Developer site here, or you can download the app here.

Read next: Are we there yet?