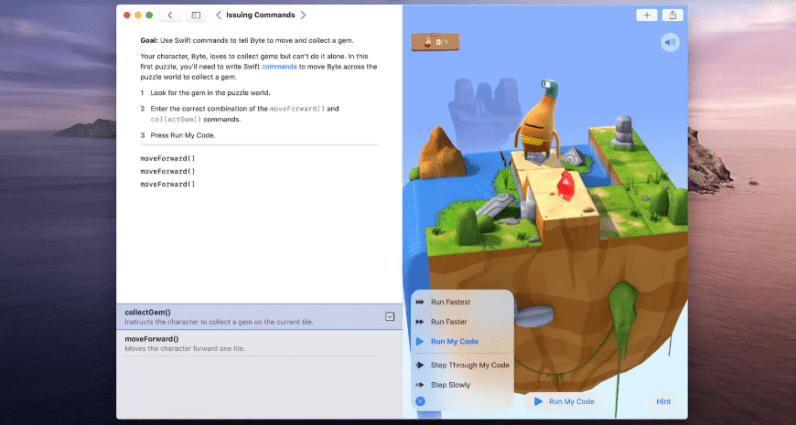 Apple has brought its Swift Playground app to Mac to help you learn to code in Swift. The company originally launched the app on iPad in 2016 with an aim to encourage kids learn programming.

As 9to5Mac noted, the app is made in Catalyst — Apple’s program to make it easier for developers to write one app for Mac and iPad.

In the app description, Apple said it is made for people with no prior knowledge of coding:

Swift Playgrounds requires no coding knowledge, so it’s perfect for students just starting out, from twelve to one-hundred-and-twelve. The whole time you are learning Swift, a powerful programming language created by Apple and used by professionals to build many of today’s most popular apps. Code you write works seamlessly as you move between Mac and iPad.

So, you need not worry if you haven’t paid attention to your Computer Science class.

Currently, you need to download Xcode to learn coding in Swift. Apple’s new app makes it a bit easier for you if you’re just starting out.

The Swift Playground app mostly uses drag and drop action of ready and commonly-used code snippets to make you familiar with concepts of computer programming. Because of the Catalyst project, you can also use a single file across Mac and iPad.