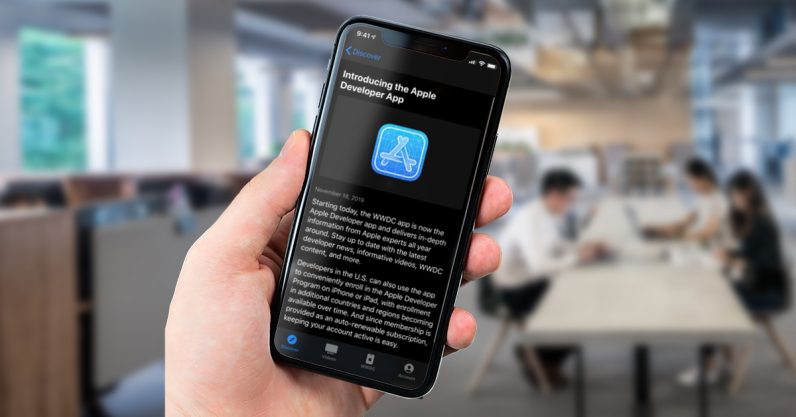 This is an extension of the old Worldwide Developer Conference (WWDC) app. The WWDC event now has a dedicated tab in the new app that is meant for folks attending the annual gathering. There’s also a video section for videos from WWDC sessions.

Apple’s aim with this app is to make content from the developer website easily available in a mobile-friendly format.

The company has app design accelerators in India and China. It also has development academies in Italy, Brazil, and Indonesia. However, it’s hard for the company to host thousands of developers at these centers. Also, it might be tough for developers to pay for these sessions or travel to these centers.

With this app, it’s a bit easier to get help on topics developers are looking for. At the moment, there’s no section on the app where app makers can ask questions. We’ve asked Apple if there’s a plan to include such a feature, and we’ll update the story if we hear back.

The app is available on iOS worldwide; developers in the US can also enroll and manage their Apple Developer Program membership directly from the app.

Read next: Swedish gold-for-cryptocurrency scammer finally extradited to US