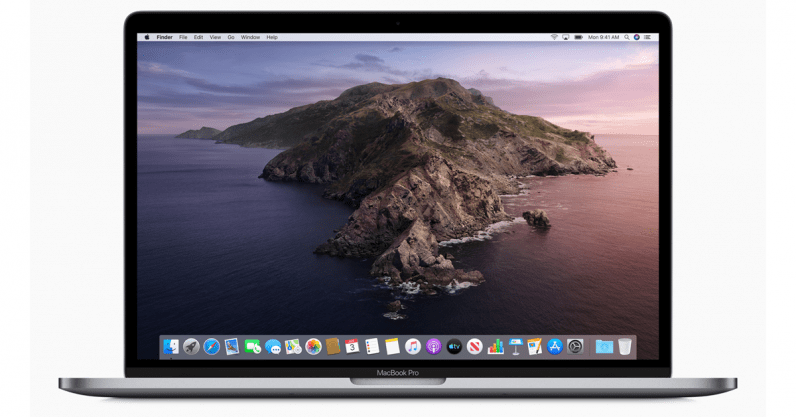 If you’ve been waiting for the latest update to macOS, here’s your chance: Catalina is available for download now.

The new OS was officially revealed this June, with the public beta coming out later the same month. Today it rolls out, a little later than is usual for Mac updates (which typically come out in late September), but still welcome all the same.

Catalina brings a few new features, with one of the biggest being Catalyst. This initiative allows developers to build versions of iPad apps compatible with Mac, effectively allowing them to create apps for two platforms. Apple teased that several iPad apps will get the Catalyst treatment, including, “Twitter, TripIt, Post-It, GoodNotes and Jira.” Similarly, a new feature called Sidecar allows you to use your iPad as a second screen for your Mac — one of the benefits of this being that Apple Pencil will work with Mac by proxy, the iPad acting as a drawing board for it.

One of Catalina’s other claims to fame is the addition of Apple Arcade. We’ve already tried Apple’s gaming endeavor on iOS, where I was impressed by the variety of games on offer. Those games are now available, via Arcade, on Mac, which means I can now lose hours of time gaming on literally all of my electronic devices. Games are synced across devices, meaning you can pick up where you left off from one device to another.

In smaller news, this is also the update that’ll bring the definitive death of iTunes on Mac. It’s been replaced with Music, Podcasts, and Apple TV apps. Conversely, the Find My iPhone and Find My Friends apps have been condensed into a single app called “Find My.”

Other, less flashy updates include the addition of Screen Time for Macs, which allows you to monitor app usage across all your devices (and, with the addition of Family Sharing, those of your relatives). Catalina is also the first macOS that users can run entirely with their voices. Apple claims the addition will make Macs more accessible for less nimble readers. The addition of hover text is similarly designed to help those with vision problems.

It’s not the most comprehensive update Apple has ever put out for Mac, but it’s definitely got lots of good stuff. I downloaded it the moment I saw it was an option, if only because I wanted to play some of my Arcade games on a bigger screen. That said, if you’re game-happy like me, beware: not every game is available for Mac. I couldn’t find Assemble with Care, still my favorite offering in Arcade, on the Catalina Arcade store.

Catalina is available now for all Macs from 2012 or newer.